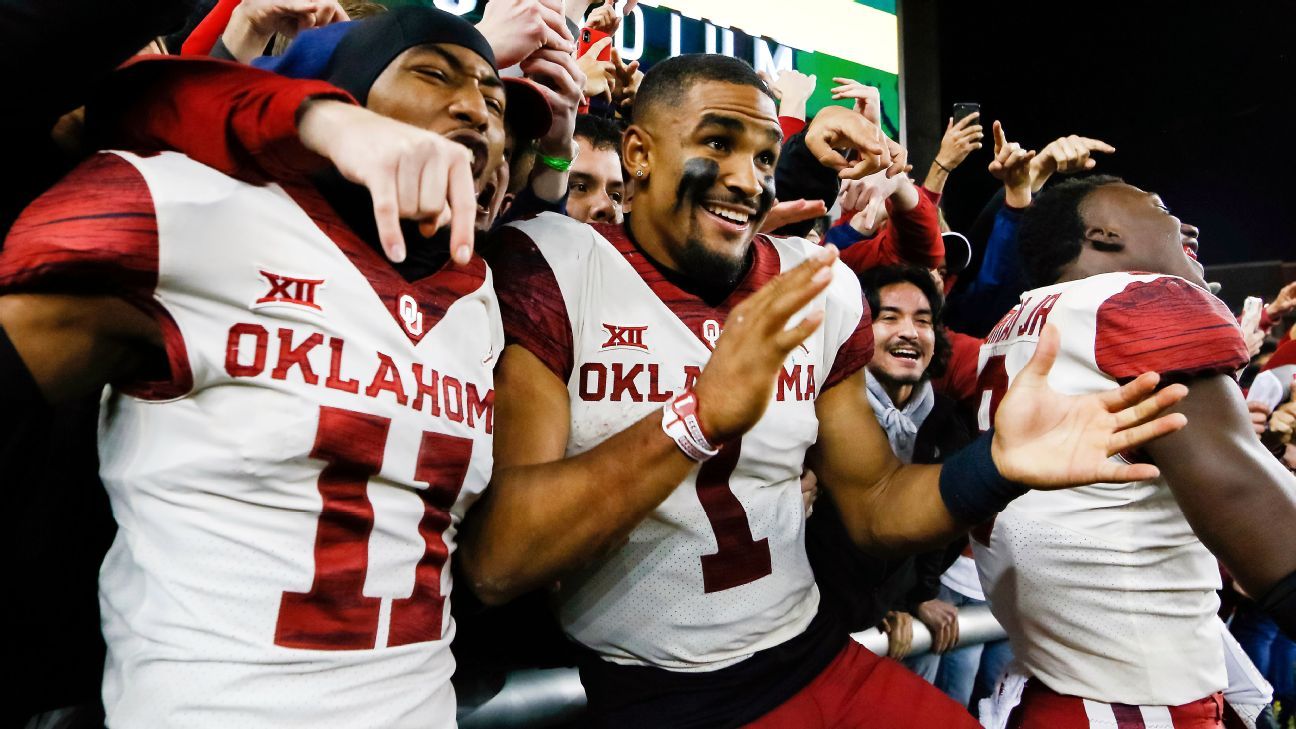 WACO, Texas – Oklahoma has kept its hope for College Football Playoffs by earning its biggest profit in school history.

The No. 10 Sooners pulled away from a 25-point deficit against No. 13 Baylor to give the Bears their first loss of the season, escaping from McLean Stadium with a 34-31 victory.

The effort was also best against a CFP-ranked team in the playoff era. Since 2014, teams have been combined 0-162 when tracking a CFP-ranked team with 25 points or more. The 21-point halftime deficit Oklahoma has overcome is the largest team to overcome to beat an FBS team that enters the game 9-0 or better since the NCAA classification began in 1937, according to ESPN Stats & Information research.

"There's always a way," said Oklahoma recruiter Jalen Herts. "And I think we really believe that. I know we didn't all think we'd come back and win."

The Sooners (9-1), who were without a leading receiver and ESPN offseason, All-American CeeDee Lamb, dug a big hole and sprayed offensively in the first half. The lamb, which is tied to the nation's lead with 13 touchdown receptions, was held for a "medical decision," coach Lincoln Riley said afterwards.

Lamb's status for the Sooners' next game, Nov. 23 against TCU, is unclear, Riley said.

Without Lamb, Hurts struggled early, throwing just 80 yards and turning the ball over twice in the first half. Baylor (9-1) led 28-3 at one point and 31-10 at halftime.

Oklahoma's defense, which allowed 89 points in the previous two Soames games, made a huge turn, eliminating Baylor in the second half and coming in with two turnovers. The turnovers ended a drought that the Soons had come into the game with, not having participated after Sept. 28 in a win over Texas Tech.

"Man, it was a great relief to see a good momentum swing out of half," said cornerback Parnell Motley, who forced Baylor's first turnover. "Things didn't go in the game early on, people doubted us, turned their heads and probably turned off the TV. … But we kept our heads in the game, we didn't give up, we knew it was a long game and we just kept going. fighting. "