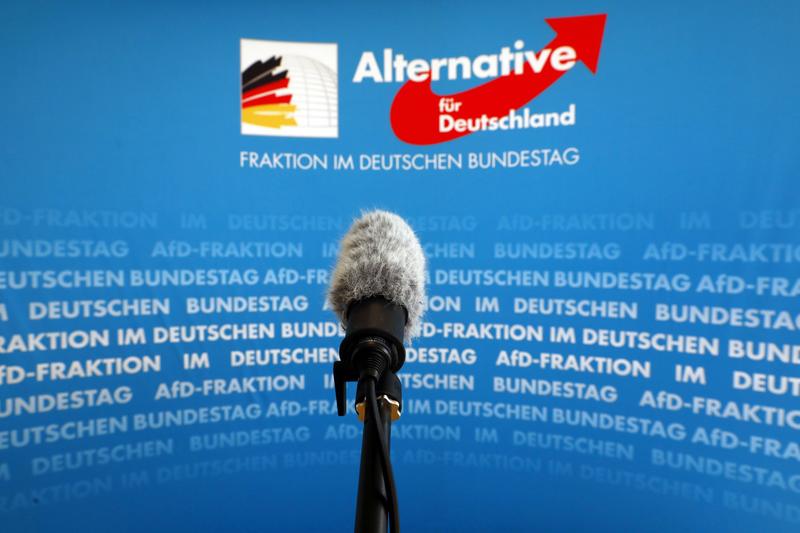 BERLIN (Reuters) – Germany’s hard-line Alternative for Germany (AfD) fired an employee on Monday who was caught on a hidden camera discussing the gassing of refugees.

In footage secretly recorded by ProSieben TV in February, Christian Luet, then a party spokesman, was filmed in a café in Berlin, where he was talking to someone he thought was sympathetic to the challenges facing AfD.

Asked if the AfD wanted to see more immigrants, he said yes.

“Because then things get better for AfD. However, we can shoot them all after that, “he said. “Or fill them with gas as you like. I don̵

The newspaper Die Zeit reported that he was shown the footage, which he said was taken by Lisa Licentia, a right-wing person on YouTube, who decided to leave the far-right scene. Die Zeit said there was no indication that Lueth was joking.

German media reported on Monday that Luet had been fired as an employee of the party’s parliamentary group. A group spokesman was not immediately available for comment. Neither Lueth nor Licentia could be found immediately.

Lueth had already been removed as party spokesman in April in an email in which he wrote that the word “fascist” had been overused.

The AfD entered the German parliament in the 2017 elections and is now the largest party opposing the government of Angela Merkel, a right-left grand coalition.

The far-right party is monitored by the security services, and other parties consider it paler. Party officials categorically deny that she has ties to neo-Nazi groups.

“No one hates our beautiful country like AfD,” Konstantin Kule, a pro-business spokesman for the Free Democrats, wrote on Twitter.

The footage was to be broadcast on Monday night.

The Philippines is ordering evacuations as the world’s strongest storm approaches in 2020.