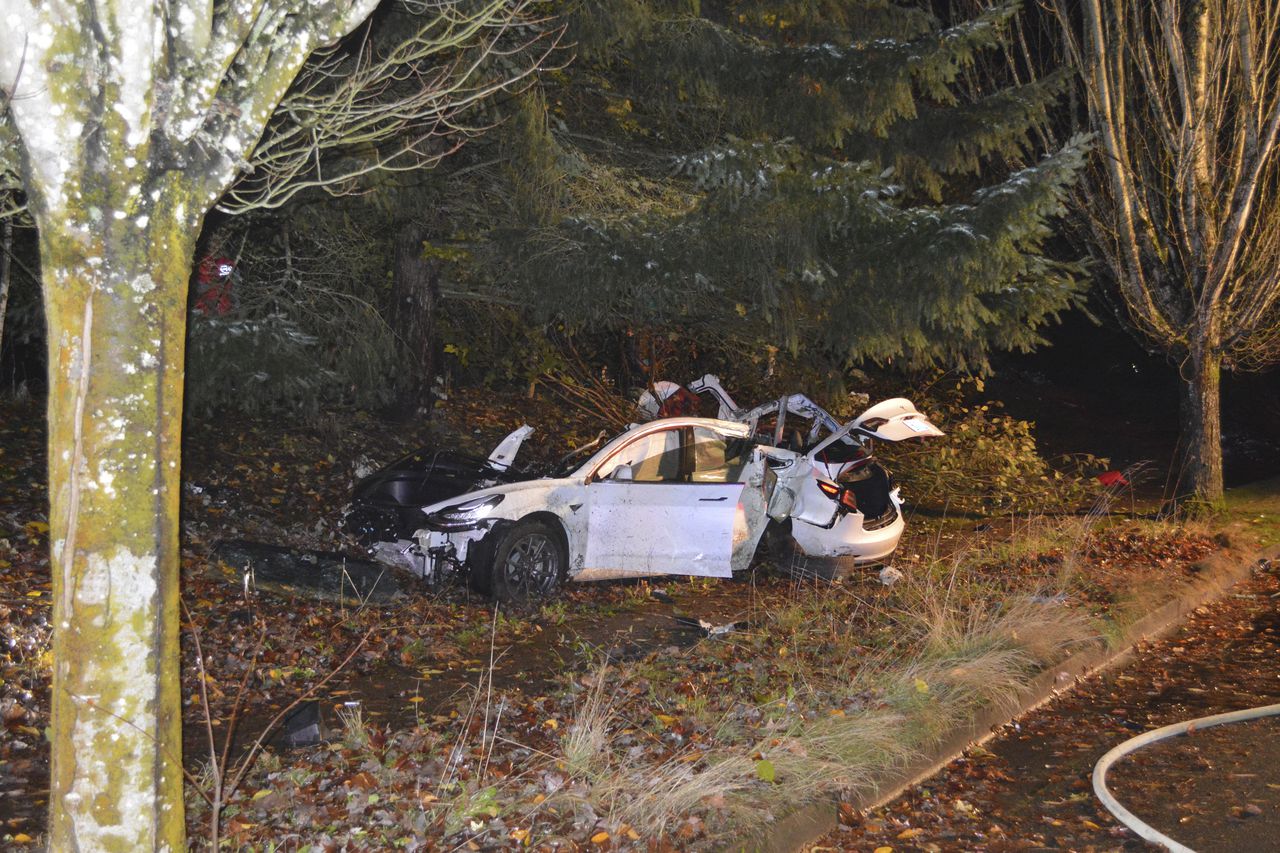 CORVALIS – A Oregon man crashed a Tesla while driving about 100 miles per hour, destroying a vehicle, an electric pole and setting it on fire when some of the vehicle’s hundreds of batteries broke windows and landed in homes, police said. Dylan Milota was driving a 2019 Tesla S on Tuesday night when he lost control, left the road and drove more than 300 feet before stopping, according to Corvalis police lieutenant Ryan Eaton.

The car cut an electric pole at the base, knocked down two trees and a telephone box, police said. The batteries thrown by Tesla in the collision landed on a man̵

7;s lap and on a bed in a nearby apartment, causing the bedroom on the beds, police said. Police said hundreds of batteries used to power the vehicle were scattered in the crash.

A tire ripped from the car also hit the siding of a nearby apartment building with such force that it tore the water pipes in the wall, destroying part of the apartment, police added.

Milota, 21, fled the scene on foot and was arrested by police at about three blocks, Ethan said. Milota was taken to hospital for minor injuries and faces charges of driving under the influence of marijuana, hitting and running, criminal offenses, reckless driving and reckless intimidation, Ethan said.

Police urged residents to be aware of potentially dangerous batteries that may still remain in the area of ​​the crash. Batteries can cause burns, emit toxic fumes and leak harmful substances, police said.