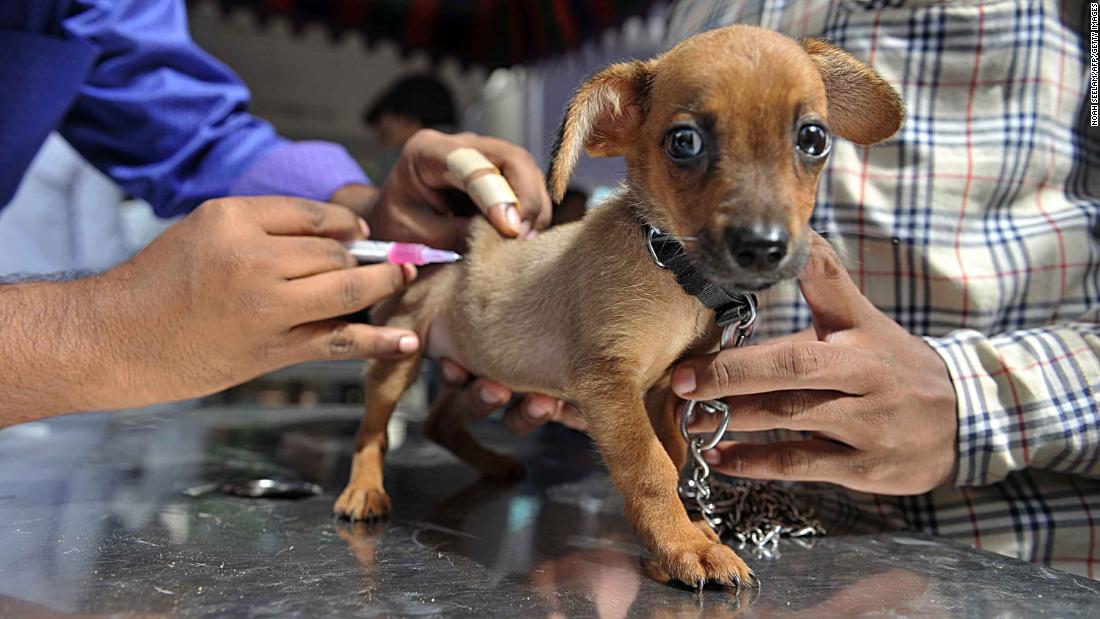 Millions of animals are left unprotected and vulnerable to potentially fatal diseases such as cat flu, rabbit haemorrhagic disease and parvovirus, according to the charitable PDSA, with veterinarians fearing that the anti-wax phenomenon is spreading to animals.

The number of protected pets has dropped dramatically in recent years, according to the 2019 PDSA Animal Welfare (PAW) report. A survey of 5,036 owners of dogs, cats and rabbits in the UK found that only two-thirds (66%) of pets received their primary vaccinations when young, compared with 84% in 2016.

In addition, the report also found that about one-third of pets (32%) did not receive regular boosters that guarantee long-term protection.

8 percentage point reduction in just three years could mean that more than 7 million pets are vulnerable to infection, according to the charity.

The worrying fall coincides with the rise in the vaxxer movement, with some parents expressing skepticism about the safety and efficacy of childhood vaccines. Such resistance has been described as a "vaccinating vaccine" and included by the World Health Organization in its list of the Top 10 Threats to Global Health in 2019.

Daniela Dos Santos, junior vice president of the British Veterinary Association, said the results as is no surprise:

"Veterinarians are deeply concerned about the creep of anti-wax sentiment towards animal care. A survey of our members found that 98% of veterinarians were questioned by clients about the need for vaccination. "

" We always welcome questions from clients, but we worry that these conversations are highly influenced by what homeowners are Pets are seen online from unreliable sources. Vaccination is vital to protecting pets from preventable and potentially fatal illnesses that can be devastating to families. "

"Vaccinations have helped protect millions of pets from serious illnesses such as parvovirus, cat flu and viral haemorrhagic rabbit disease," he said.

"If humans are not vaccinated, we risk seeing an outbreak of extremely unpleasant, preventable diseases that can cause significant suffering and death to animals."

Pet owners have put forward various reasons not to guarantee,

Of those who do not vaccinate, 17% consider it "too expensive", while the same proportion states that their pet does not come in contact with other animals. 16%) said they thought it was "unnecessary" until with 13% saying "their pet went to the vet very stressful."

The pet kitten of Alice Jackson Mr Meowgi recently died of feline leukemia virus (FeLV), a loss she described as "incredibly troubling" as for herself so for his son.

"He was an indoor cat and usually never went outside, but one day he escaped and disappeared, though we always take care not to let him go out," she said.

"If I knew that a vaccination course would save his life, I would have sorted it out immediately. His vision of getting worse so quickly was so traumatic. My son is autistic and has developed a close relationship with him and needs to goodbye it broke everything in our hearts. "

Among other problems raised by the report that almost one in every five (19%) dogs are left home for too long while almost half (49%) rabbits live in "lonely" birth. "