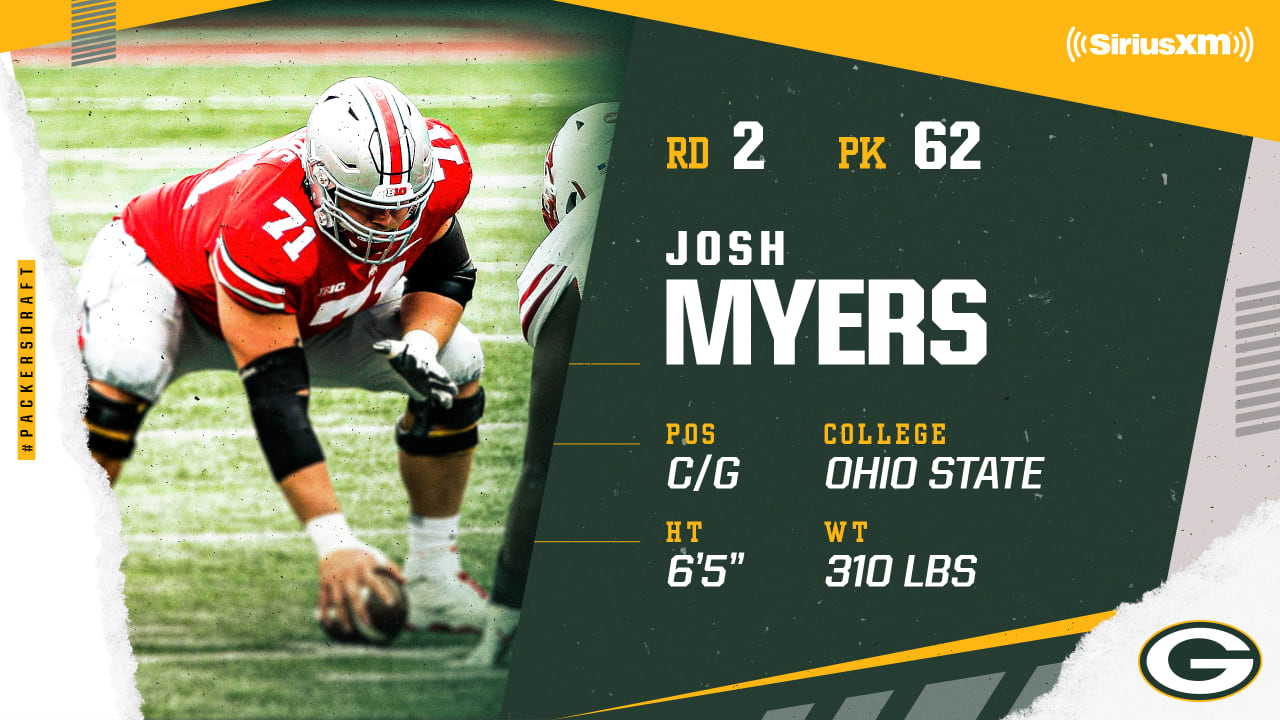 GREEN BAY – Seven years after Corey Linsley’s All-Pro, the Packers took another Ohio state, Josh Myers, in the second round at number 62.

Captain of the team in 2020, Myers has started 21 of his last 22 games at the center of Bucky. The Miami-born, Ohio-born 6-by-5, 310-pound star penetrated the Ohio state’s starting lineup in 2019 at the center, a position he doesn’t play in high school.

Myers took his game to another level as a junior, winning awards for the first team All-Big Ten and Rimington Trophy in seven starts for the national runners-up.

Myers failed a test in Ohio on March 30 after playing through grass for much of last season. It is really measured with 32-inch arms and 77 3/8-inch wingspan.

Myers joins Elgton Jenkins and Lucas Patrick as potential starting options at the center after Linsley signed with a Los Angeles Chargers in a free agency.