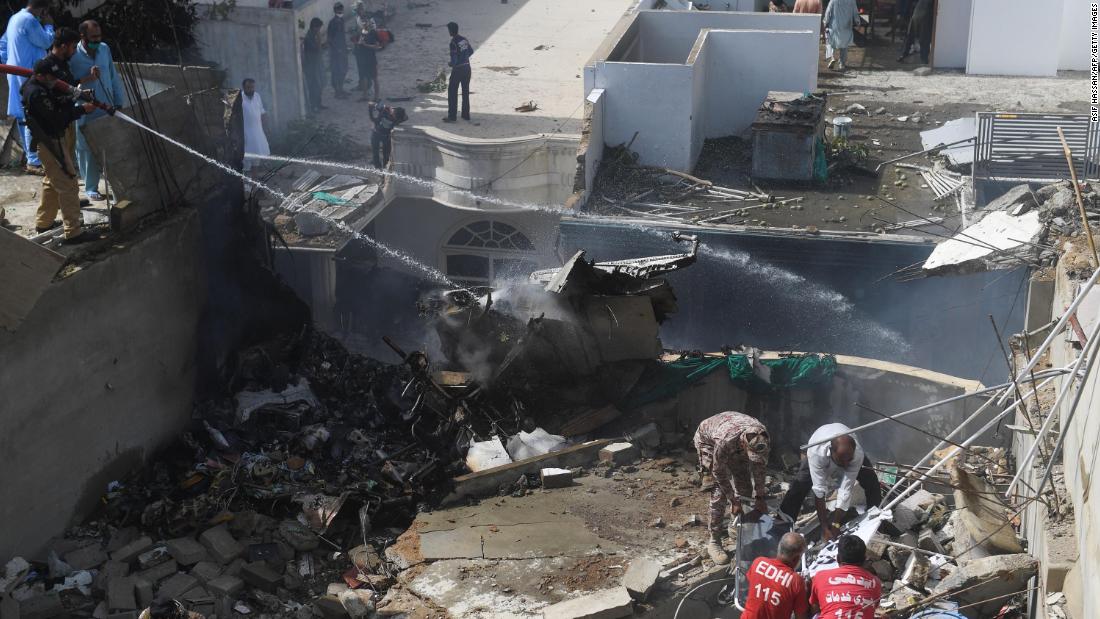 The Pakistani Ministry of Aviation said the flight from Lahore carried 99 passengers and 8 crew members.

At least 11 bodies from the scene were taken to Gina Hospital, according to hospital spokeswoman Seemi Jamali. It is not clear whether these victims were victims from the ground or from the plane.

Flight PK 8303 took off from Lahore and was scheduled to land at 2:30 p.m. local time in Karachi, but disappeared from radar, Pakistan International Airlines spokesman Abdullah Khan told CNN.

The pilot of the Airbus A320 made a call the day, saying that there were technical problems, Hahn told CNN.

“He was told that both landing lanes were available for his use, but he preferred to use the landing route. We are addressing the technical issue. Our prayers for lost lives,” Hahn said.

An emergency response protocol has been activated, he added.

Footage posted from the stage on social media showed flames, smoke and a street full of rubble, in what appears to be a built-up area.

Pakistan’s civil aviation authority allowed limited domestic air travel on Saturday following a two-month suspension as part of efforts to control the spread of the coronavirus.

International flights are not expected to resume until June 1. Pakistan began a phased resumption of its nationwide lock on Covid-19 on May 9.

This history has been updated to correct the flight number of the aircraft.