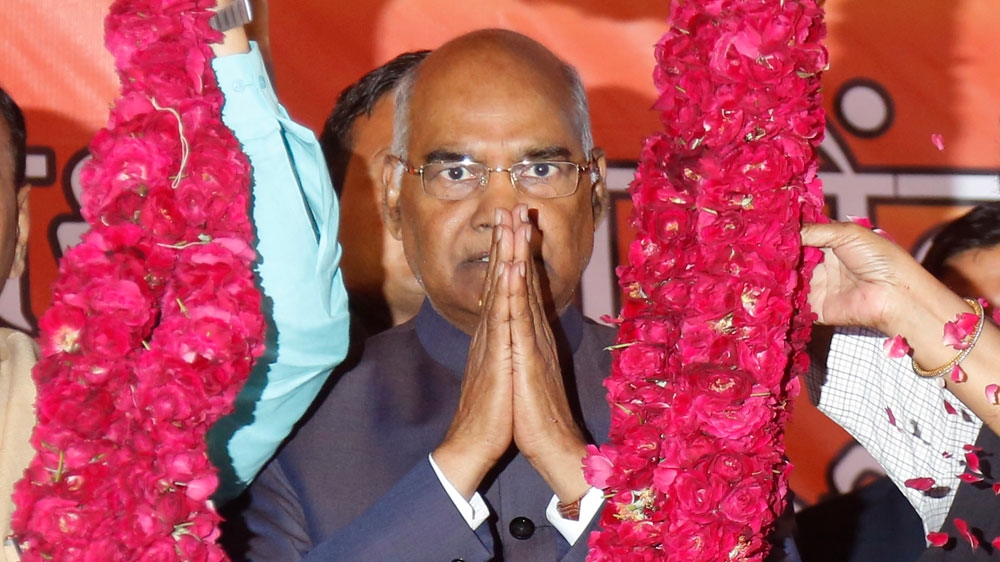 Pakistan says that it has refused a request by Indian President Ram Nath Kovind to fly through its airspace due to the recent "behavior" of New Delhi.

The decision on Saturday comes amid heightened tensions between the two neighbors in the disputed region of Kashmir.

"The Indian president has sought permission to use Pakistan's airspace to travel to Iceland, but we have decided not to allow it," Pakistan's Foreign Minister Shah Mehmud Qureshi said in a statement, without further details [19659004] "The decision has been taken in the light of India's conduct."

Such authorizations are usually granted. India did not comment immediately.

Pakistan closed its airspace for Indian traffic after air strikes in February heightened tensions between Islamabad and New Delhi.

Both India and Pakistan claim fully for Kashmir, but administer separate parts of it. Nuclear-armed South Asian neighbors have waged two of their three wars in the region and their forces regularly exchange fire across the 740 km line of control, which is the actual border.

On August 5, the Hindu nationalist government of India, led by Prime Minister Narendra Modi, abolished the special constitutional status granted to India-administered Kashmir by imposing a communications eclipse and deploying thousands of troops in thousands of troops where the riot continues 30

Against a backdrop of rigorous blocking, hundreds of activists and political leaders, including three former chief ministers, have been detained by Indian authorities in recent weeks.

Islamabad responded by lowering its diplomatic ties with New Delhi in August, expelling the Indian envoy to suspend trade and calling back his ambassador in a deepening row over the pressure of New Delhi on him. In addition, she called on the international community to intervene and promised to refer the matter to the United Nations Security Council.

New Delhi insists that the territory dispute is an internal issue and has long maintained that it can only be resolved bilaterally with Pakistan.