Patrick Shanahan in Afghanistan looks like a villain from Bond 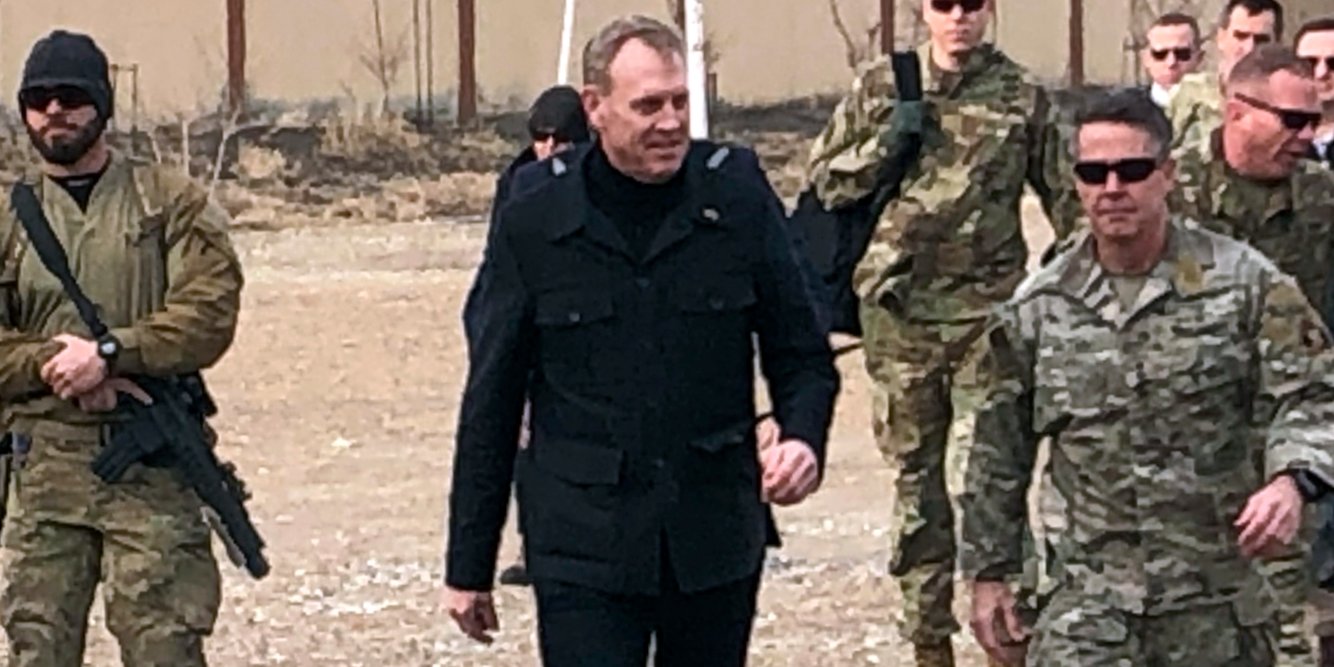 Outgoing Defense Minister Pat Shanhan appeared in Afghanistan on Monday dressed in equipment suitable for Bond's most evil villains. [9:21 AM] This is how Task & Purpose's team responds to this amazing outfit:

Paul Szoldra [9:21 AM] what in f — he wears jared [9:21 AM] Shanahan arrives in Afghanistan ready for cocktail Paul Soldra [9:21 AM] Looks Like Dr. Evil jared [9:22 AM] He looks like Alec Baldwin in a hunt for Red Oct. 16 Afghan Shanhan: Better than Kouchner's Armor, but Not 19659007] Shanhan has plan to overcome Isis / Taliban and include sharks with frightened laser rays Paul Soldra [9:23 AM] The acting defense minister just appeared in Afghanistan, dressed Enemy as Dr. Zlot jared [9:23 AM] Chanahan's behavior on the fashion affair of the Taliban peace process

But unofficially, he could have prepared to remove Dr. Evil Does his favorite fan number 2, for world domination, or even can prepare to hold their own black with Gen. Austin Miller, who must be noted, is a former member of Delta Force. Still, given the dark ensemble, our only hope is that Shanhan will at least entertain the troops with the rendition of Johnny Cash's classics.

There is also a good arrest in Bagram, which can be turned over if he wants to take the route to Folsom prison.