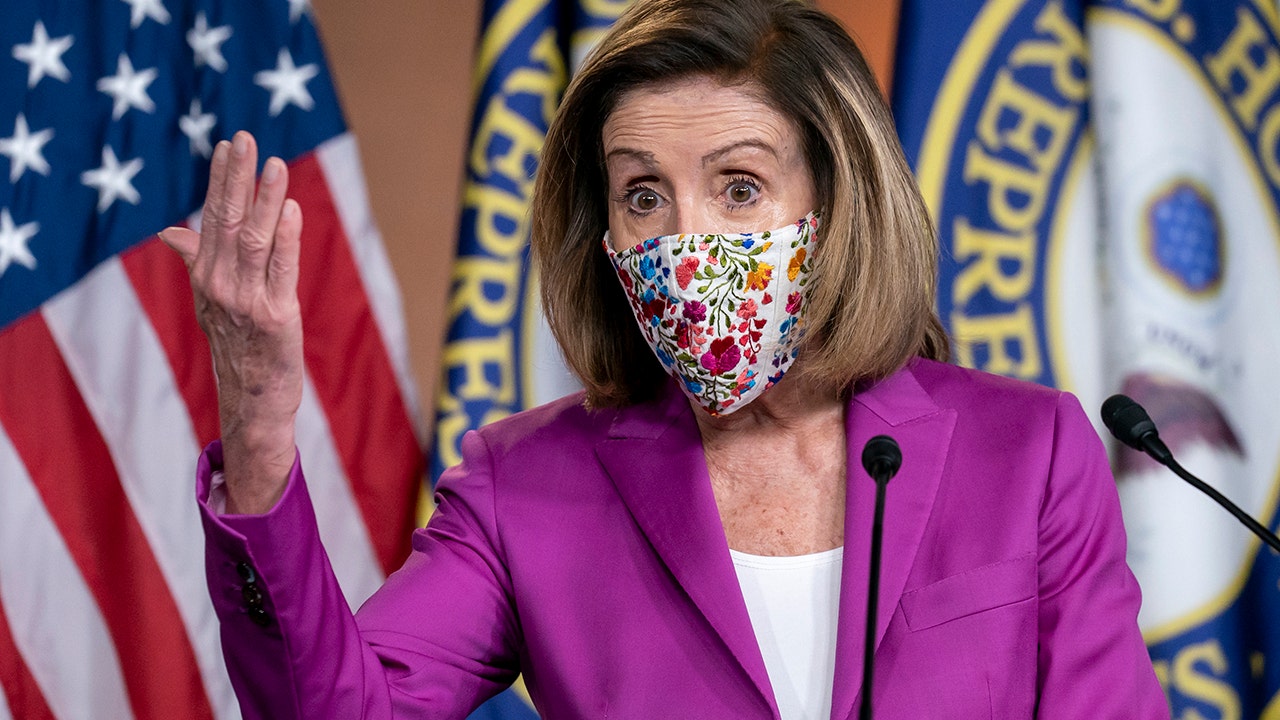 Parliament Speaker Nancy Pelosi sparred with Leslie Stall over the delayed relief of the coronavirus and admitted that Democrats had withheld aid for eight months in part, “because there was no respect for our heroes”, during a 60-minute interview broadcast. on Sunday.

Stahl noted that Pelosi, California, is not “known as a compromiser,” after Republicans called slow walking “disgusting.”

“No, it’s me,” Pelosi replied. “I’m going to compromise. We want to get the job done. That’s how Republicans mischaracterize me, but that’s a tactic they use. But we know we want results for the American people.”

PELOSI GETS “SHARPNESS” WHEN ASKED FOR AOC DURING “60 MINUTES”

Stahl then unveiled a $ 900 billion coronavirus relief package that passed in December after President-elect Joe Biden secured the election.

Pelosi said in an interview that it stopped because of the Republican hurdle.

“Yours, too,” Stahl replied.

“No, it was not an obstacle. … We kept it because there was no respect for our heroes, our state and local health workers, the police and fire, our first responders, our sanitation, transport, food workers, our teachers, our teachers “Our teachers. They wouldn’t go that route,” Pelosi said.

Pelosi defended the decision to withhold the aid package, which included $ 600 incentive checks, although Stahl said members of the Democratic Party called it a mistake.

“They may be. But it’s not – it wasn’t a mistake and I wouldn’t and no one expects me to support something that reinforces the injustice in our country,” Pelosi said.

Senate Majority Leader Mitch McConnell, R-Ky., Blamed Pelosi and Senate counterpart Chuck Schumer, DN.Y., for the aid package, which is later than ever.

“Back in July, I said the country needed a package of about a trillion dollars focused on school children, small businesses, health care providers and direct cash payments,” McConnell said in December. “We started advocating for this in July and August. The talks were unproductive, so I essentially put this bill on the Senate floor in both September and October. No Democrat supported it. Their opinion was, give us everything. what we want or we won’t give you anything. “

“It’s remarkable that they finally gave us what we could agree on back in July,” he continued. “I think what was holding him back was that they didn’t want to do anything before the presidential election. I think they think that would put the president at a disadvantage.”