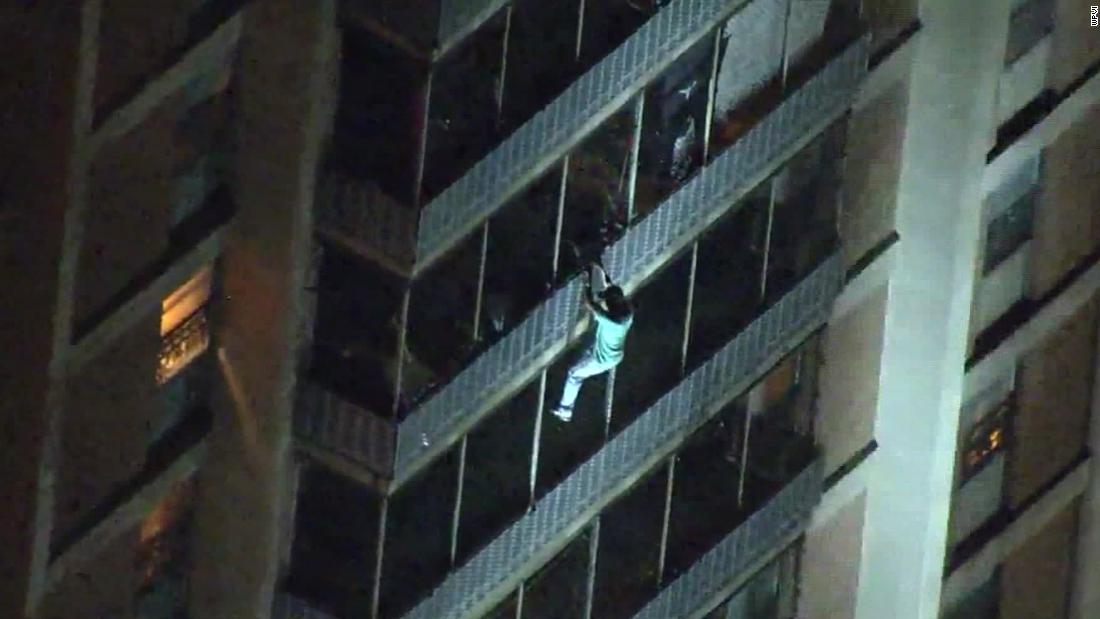 The fire department responded to an apartment fire around 9:30 pm Thursday in West Philadelphia, according to CNN affiliate WPVI. When they arrived at the 19-story high-rise, they saw a truly shocking sight: a man climbing the outside of the building to escape the fire

Video shows him grappling down the balconies and railings of several floors until he got to the ground level, where anxious authorities jumped in to lend a hand.

The building was evacuated, and while some residents were unaccounted for, no injuries were reported, the station said.
Source link