Pinot won the 14th stage of the Tour de France, and Alaplipid traveled over Thomas Sport 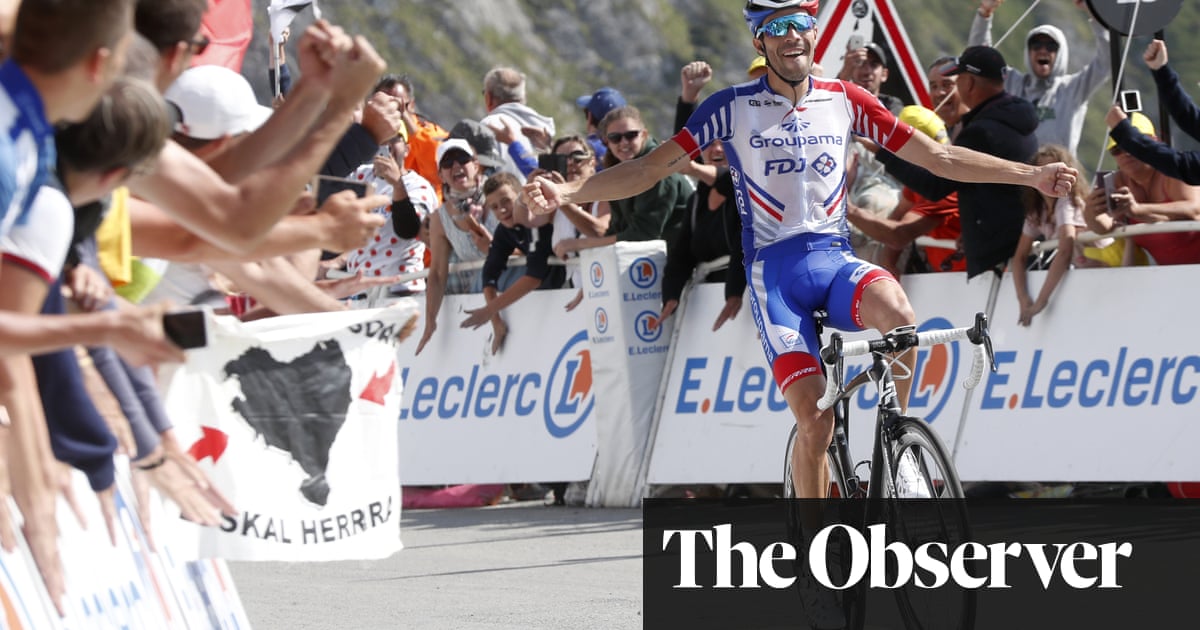 Tibo Pinot took the honors in the iconic end of the Col du Tourmalet to a penalty stage where the rise of Col du Soulour has already caused hopes across the region to evaporate. Defensive champion Gerrard Thomas was disturbing in the final stages and with the yellow holder Julian Alapillipe finished second on the stage, he took more time than his British rival and now leads with 2min 2sec.

a few kilometers after officials had prolonged commissioning to allow the police to clear the road ahead of Osun, where there were dozens of environmental protesters on the road

The first major climb on stage, Col du Soulour, saw Matthew Mohair of Bahrain-Merida leads a significant group of lead from most of the package. As the maximum gradient of 7.8% held the tired legs, it gradually dropped to eight, but eventually reached three, as the leader of the King of the Mountains, Lotto Soudal, retreated to the enclosing yards just before Vincenzo Nibali Bahrain Merida), with Eli Gesbert (Arkea-Samsic Team), following the ridge for nearly 20 km.

Even more back, Romain Barde, an experienced climber for the AG2R La Mondiale, was surprisingly dropped from the peloton that quickly broke down, and Adam Yeats (Michelton-Scott) also suffered a lot and saw that his 10 hopes were moving away from him. Helped by his brother Simon, he struggled with the mass ranks forward, but soon paid for his efforts as the 19-kilometer main event on the stage began to hold. Three became eight after the leaders swallowed up the pursuing group in time to climb Tourmallet. Total Direct Energie was the first to attack before Gesbert repaired him for lonely efforts. Shortly before the 10-kilometer mark, he finally rolled and Warren Bargill (Arkea-Samsic) continued.


Yet he got to the finish. When Bargill relaxed, a group of 12 people qualified and competed for the lead 3 km. The yellow Alaphilippe shirt (Deceuninck Quick-Step) started the scene with a 86-second cushion over Team Thomas Ineos Thomas, both initially assisted in the final stages of Movistar's magnificent motion in the front of the peloton, and were in contact at the end. On the 12, reduced to six, Groupo-FDJ showed his strength to retreat and finally had clear daylight for these chases. Now he has moved from seventh to sixth in the common classification.

Alaphilippe's efforts mean he's safely out on top of the top spot, with Thomas struggling badly in the last mile and another huge challenge. Jeremy Whittle's report will appear later on …