Planet 9 could be an ancient black hole orbiting the sun 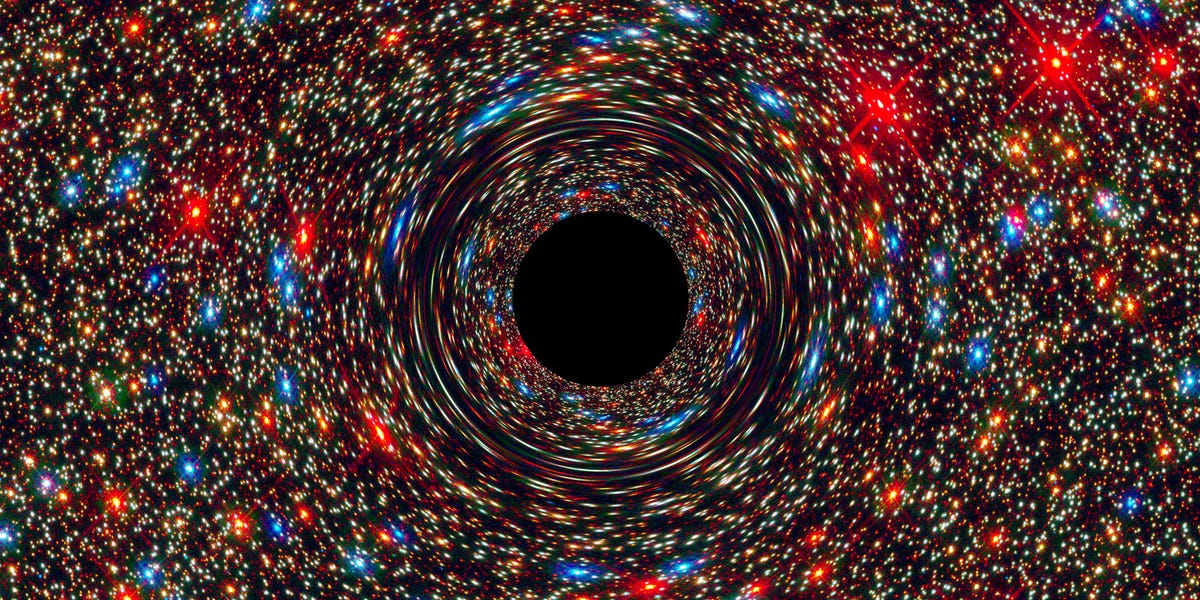 At the edge of our solar system, some unknown object is manipulating the paths of the chunks of ice as they circle the sun.

These objects' oval-shaped orbits all point in the same direction and tilt the same way, suggesting that an unseen force is herding them.

At first, scientists thought the culprit was a mysterious planet, which they dubbed Planet Nine (though some call it Planet X). But a new paper suggests the gravitational pull could come from a primordial black hole – a type of small black hole that scientists have theorized formed during the Big Bang.

Although the existence of primordial black holes has not been confirmed, some scientists think the universe is teeming with them. If they exist, such black holes could make up 80% of the universe that scientists can't see. They know this "dark matter" exists because its gravity pulls on things throughout the universe.

A new paper published Tuesday on arXiv, an online research repository that has not been peer-reviewed, suggests that Planet Nine could be one of these ancient black holes, roughly 1

0 times Earth's mass and the size of a bowling ball.

The researchers propose new ways to hunt down this mysterious missing piece.

"Once you start thinking about more exotic objects, like primordial black holes, you think in different ways," James Unwin, a theoretical physicist and co- author of the paper, told Gizmodo. "We advocate that rather than just looking for visible light, maybe looking for [Planet Nine] in gamma rays. Or cosmic rays."

At the fringes of our solar system are thousands of small, icy bodies that make up a region of astronomers call the Kuiper Belt. Six of those objects appear to have bizarre orbits that indicate some unknown source of gravity is tugging on them.

In 2016, computer simulations and mathematical models revealed that the culprit could be a mysterious, distant planet we've never seen: Planet Nine.

In that study, planetary scientists Konstantin Batygin and Michael Brown calculated that Planet Nine's gravitational pull means it could have up to 10 times the mass of Earth.

On average, the mysterious body orbits the sun at a distance 20 times farther than Neptune – about 18.6 billion miles. It could take between 10,000 and 20,000 years for it to complete one trip around the sun. (Pluto, by comparison, takes 248 years to complete its orbit.)

Batygin and Brown suggested that Planet Nine could have formed in the same way as the gas giants we know well — Jupiter, Saturn, Uranus, and Neptune – starting

Planet Nine may have gotten too close to Jupiter or Saturn, they suggested, and were flung out of the edges of the solar system, where it now follows an eccentric orbit and influences of the Kuiper Belt objects. [19659002] Since the mysterious world exerts such a powerful gravitational force on a large region of the solar system, Brown called it "the most planet-y of the planets in the entire solar system."

But that may not be the case.

Rather than a planet, it could be a primordial black hole

For a new study, researchers looked at data on the six Kuiper Belt objects' bizarre orbits and also incorporated recent observations about how light traveling through the solar system appears to be bending due to the object (or objects) that scientist never accounted for.

Both of these strange phenomena are probably caused by the interference of unknown objects, each with a similar mass. So a primordial black hole could be a blame for both, the study suggests. It could be one black hole the size of a bowling ball with a mass of 10 Earths, or a number of smaller primordial black holes that add up to that mass.

The researchers also say that a dense group of free-floating planets outside our solar system could explain the light bending; by that logic, Planet Nine could be one of those free-roamers that was captured by our solar system.

Really, Batygin told Gizmodo, Planet Nine could be any kind of low-visibility object with the right mass.

"Planet Nine could be a five-Earth-mass burger," he said. "But a black hole the size of your wallet is harder to find."

The scientists behind a new study say that direct observations of the mysterious object – if astronomers can find it – could help determine whether it's a planet or black hole. So the hunt for Planet Nine, they suggest, should include a search for moving sources of x-rays, gamma rays, and other types of radiation, since those clues could indicate the edges of a black hole.

If scientists detect such signals, they could find out whether Planet Nine had a black hole all along.