Planned Parenthood distance itself from the Times Square billboard against Trump 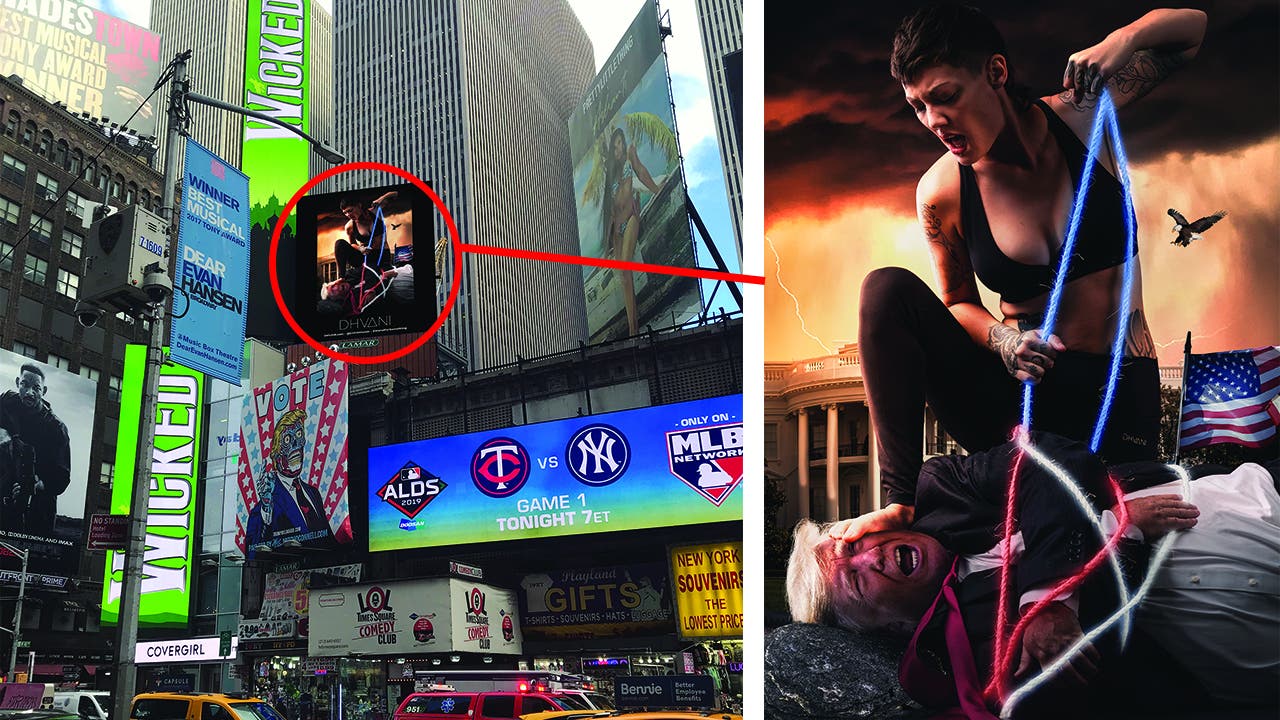 Planned Parenthood is publicly distancing itself from a controversial billboard against Trump in Times Square, New York, after a sportswear company identified the organization as a partner in its new advertising campaign.

On Wednesday, the brand, Dhvani, unveiled the first in a series of images intended to protest the Trump administration's Trump rule by prohibiting doctors at Title X-funded clinics from referring abortion patients. The rule prompted Planned Parenthood to withdraw from the federal grant program in August.

A billboard advertisement called "Lady Liberty" featured model Michal Mesa, whom Dhwani described in a news release as a Marine Corps veteran and a high school teacher standing over President Baptizing Trump with his foot on his head. It's tied up and stormy clouds gather over the White House.

A billboard published by Times Square in New York shows an image of a woman tying President Trump.

However, in a statement to Fox News, Planned Parenthood rejected the campaign and said it would not accept any funds Dhwani promised to give to the organization.

Following the denunciation of Planned Parenthood of the campaign, all references to the organization appear to have been deleted from Dhwani's website.

As part of her #StandForSomething campaign, Portland, Ore., The company has other images of the president that are just as shocking, including one in which he sits on a gold toilet as his model takes away his cellphone.

According to Dhvani's mission, as described on her website, the company is "committed to creating change in the world" and is partnering with non-profit organizations . [19659003] Dhvani did not immediately reply to Fox News for comment.