Police arrested 3 during a protest in downtown Louisville News 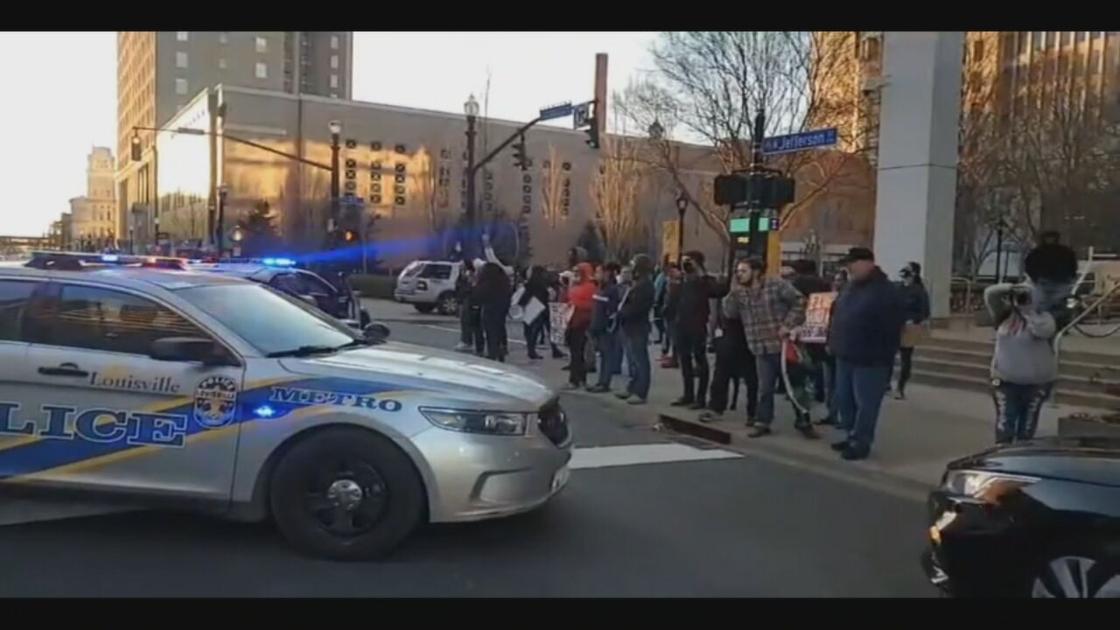 A caravan of protesters began traveling through the city at about 2 p.m., Louisville subway police spokesman Alicia Smiley said in a statement. A member of the LMPD live on the department’s Facebook page as officers conducted multiple traffic stops in the caravan, which included protesters in cars, motorcycles and on foot.

1th Street and Broadway, according to Smiley’s statement. A crowd of protesters, some carrying placards demanding justice for Louisville resident Breona Taylor, also formed around 4th and Jefferson Streets.

“The LMPD continues to monitor the caravan’s activities to ensure that they are conducted in a manner that does not pose safety concerns for both caravan participants and residents,” police spokesman Beth Ruf said in a statement Sunday. “… The LMPD respects the right to protest and undertakes to work with any entity or individual to determine a way forward that allows freedom of expression in a way that does not create public safety concerns.”

This story can be updated.