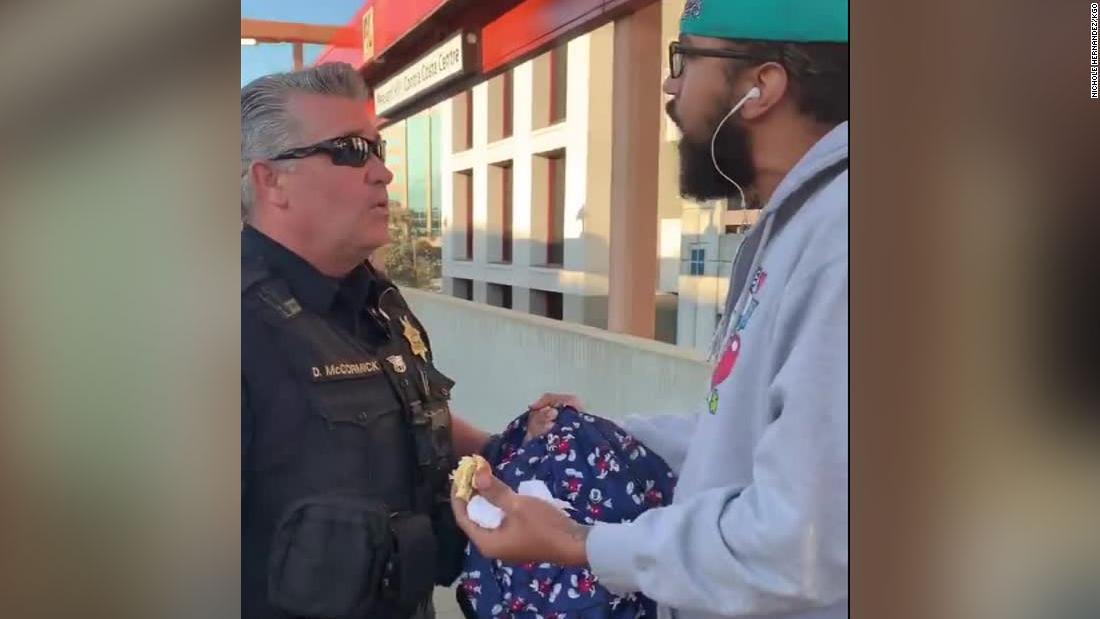 In a video posted to social media, a Bay Area Rapid Transit police officer told the man, later identified as Steve Foster, that eating the platform was against state law. The officer holds his hand on Foster's backpack as Foster angrily turns to the camera and the officer.

Foster insisted that he was doing nothing wrong and refused to give his name. The incident on November 4 escalated and Foster was handcuffed when a second officer arrived on the train platform.

BART spokeswoman Alicia Trost said on Monday that an employee issued a quote to Foster but did not arrest him. "The court will determine the level of the fine it has to pay," she said.

BART CEO Bob Powers made a statement saying he was disappointed with how the situation had developed and apologized to Foster, riders, staff and others who "had an emotional reaction to the video." "

"Feeding in the pay zone is prohibited and there are many signs in each station that say so much," the statement said. "As a transportation system, our eating concern is related to the cleanliness of our stations and systems. This was not the case at the Pleasant Hill train station incident on Monday."

"The officer asked the rider not to eat while going through another call," the statement continued. "It should have ended there, but no. When the employee went again and still saw him eating, he went ahead with the citation process. The person refused to provide identification, curse and make homophobic servants

"The officer did his job, but context is key," Powers says.

Several BART riders, upset by the incident, were eating the platform in protest.

"I hope they start focusing on things that really matter, like people shooting drugs, jumping on BART, getting people stabbed," Foster told KGO.