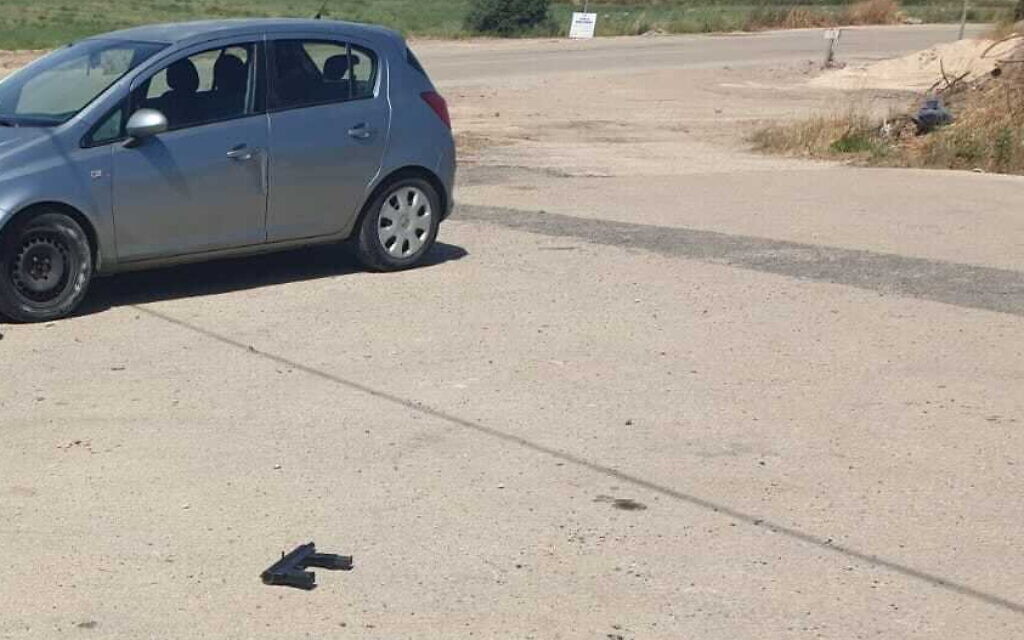 Three Palestinians opened fire on a border police base in Israeli territory near the North West Bank on Friday, killing two of the attackers and wounding one when officers at the scene returned fire.

There were no reports of Israeli injuries in the incident at the gate at the Salem border police base, which is located on the West Bank border.

According to Kan public television, an investigation is under way to determine whether the attackers reached the base by breaking into the border fence.

“Terrorists fired on the base gate. Border police officers and an IDF soldier responded by firing and neutralizing the three terrorists, “a police statement said. 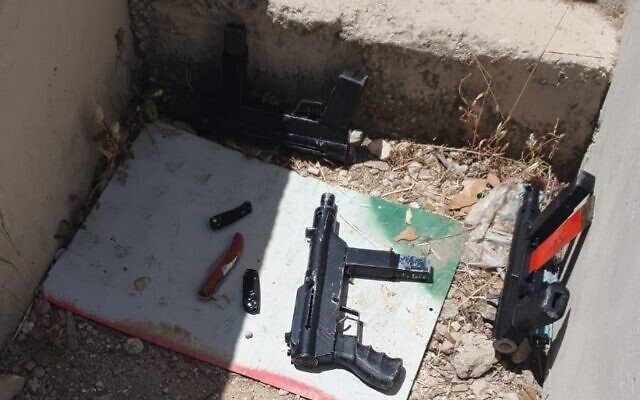 Three improvised Carlo-style submachine guns and three knives were used by the Palestinians in the attack near a military base on the Green Line in the North West Bank on April 7, 2021 (Israeli police)

The wounded assailant was taken by ID to Emek Medical Center near Afula for treatment.

In addition to the improvised Carlo-style submachine gun used by each attacker, knives were found on each of their bodies, media reported.

The attack came amid growing tensions in Jerusalem, the West Bank and along the Gaza border. Police stepped up their presence in Jerusalem on Friday ahead of prayers to mark the last weekend of Ramadan.

It came a day after the funeral of Yehuda Geta, a 19-year-old student who was shot in the head in a shooting attack at the West Bank Tapua intersection earlier this week and died of his wounds Wednesday night. 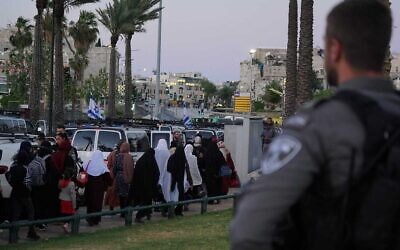 Police prepare against the backdrop of tensions in Jerusalem for the last weekend of Ramadan, May 7, 2021 (Israeli police)

Tensions are also high in the Sheikh Jara district of East Jerusalem, where protests have continued over the past week as dozens of Palestinians are at risk of being expelled after a protracted court battle with right-wing Jewish Israelis trying to acquire property north of the Old City of Jerusalem.

The clashes have raised fears of provoking wider conflict with the Hamas terrorist group and other factions in Gaza, warning of renewed violence on the issue.

On Thursday, the military wing of the Palestinian Islamic Jihad said Israel would be responsible for “every drop of blood [that is] a shed in Palestine, a day after a 16-year-old Palestinian was killed in clashes with ISIS.

Reiterating similar rhetoric, the armed wing of the Popular Front for the Liberation of Palestine (PFLP), another Gaza-based terrorist group, warned Israel “not to test the patience of our fighters,” in a statement Thursday night.