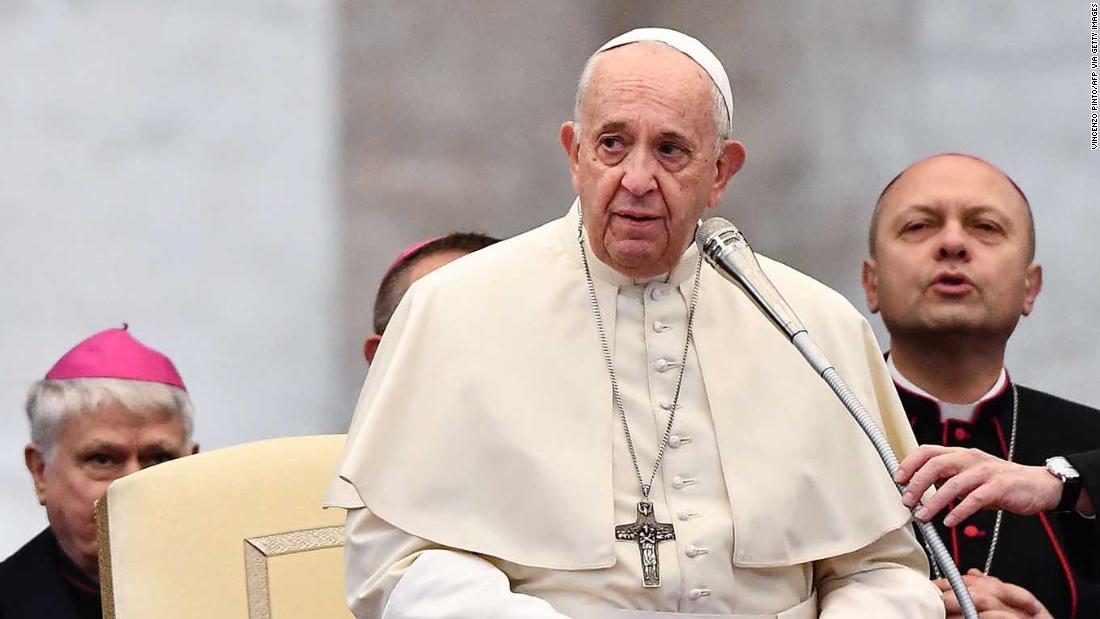 The pope made remarks on Friday as he spoke with members of the International Criminal Law Association, which is meeting this week in Rome.

"I admit that when I hear some statements from someone in charge of public policy or the government, I am reminded of Hitler's statements in 1934 and 1936," the Pope said. "They are typical acts of Nazism, which, with their persecution of Jews, Gypsies, homosexuals, constitute a negative model of par excellence of the discarded culture and hate culture."

"That's what they did then and today. again, "the Pope added, urging his audience" to be vigilant in both civil and religious society in order to avoid any possible compromise … with such degeneration. "

His remarks come on the heels of comments on anti-Semitism such as" neither human nor Christian "that he made on Wednesday.
The Pope cites no specific case or incident, but recently an 89-year-old survivor of Auschwitz was placed under police protection after receiving online and offline anti-Semitic threats in Italy, according to local reports.

CNN's Livia Borghese and Nicola Ruotolo contributed to this report.

Khao Yai National Park in Thailand was tired of visitors leaving garbage, so they mailed it

These four countries open in October