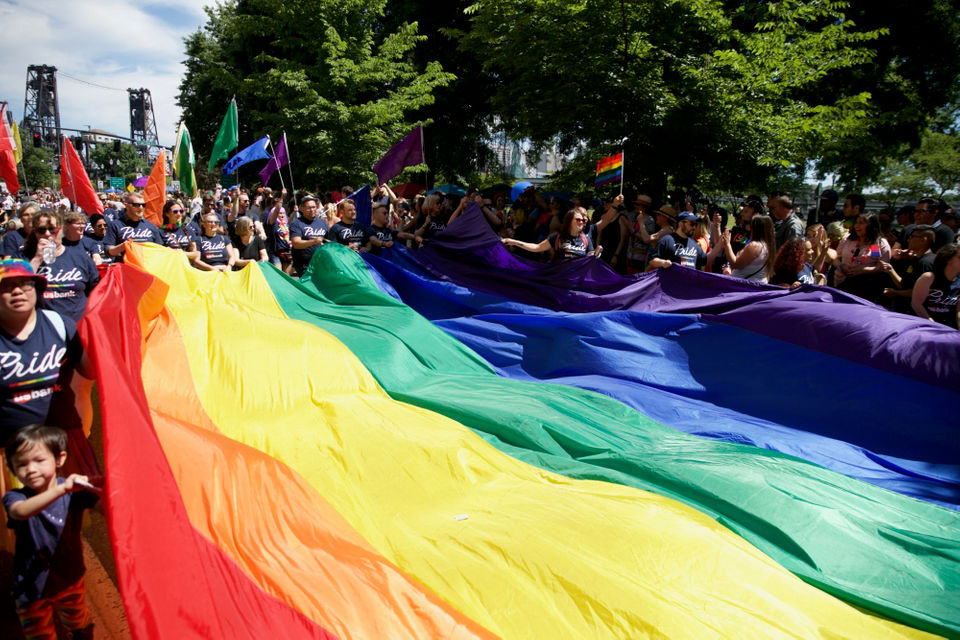 The parade started at West Burnside and Park Ave., and ended at Southwest Pine St. and Naito Parkway.

The parade is managed by Pride Northwest, a nonprofit serving Oregon and Southwest Washington since 1994. Portland got its first Pride Parade back in 1977 when Mayor Neil Goldschmidt announced "Gay Pride Day." You can read more about the history of the parade here.