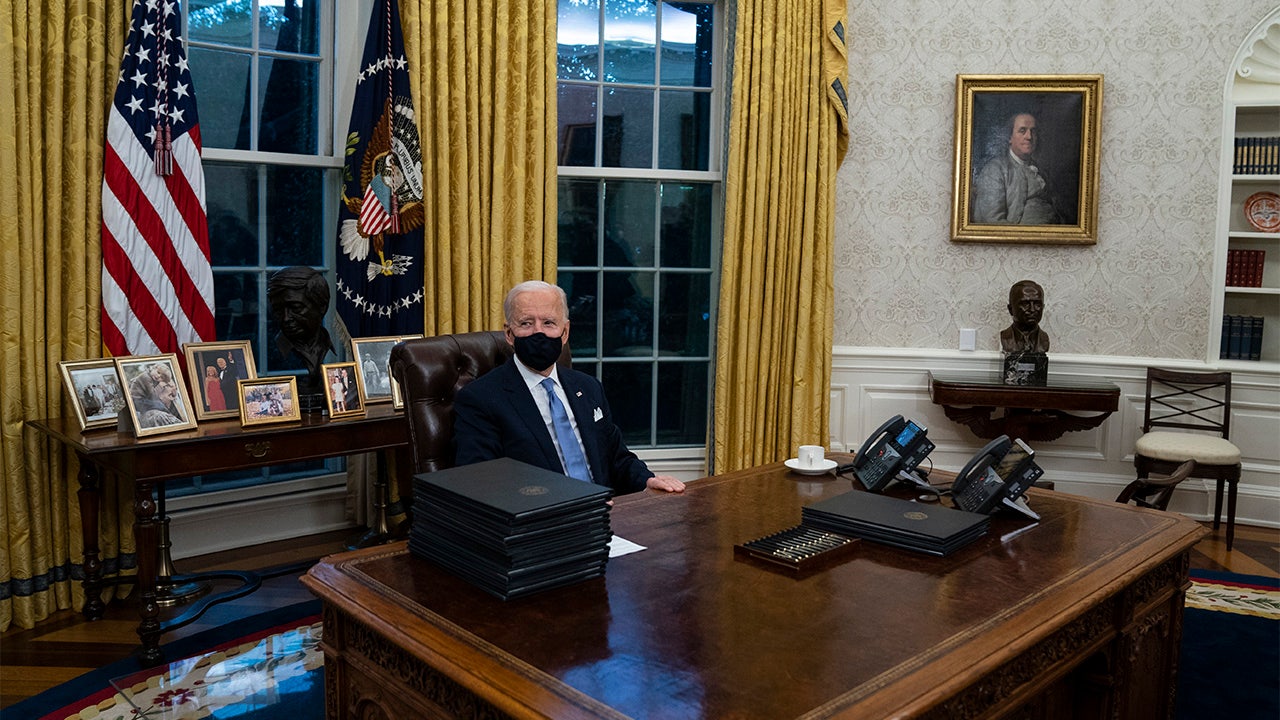 President Biden appears to have gotten rid of the diet Coca-Cola button, his predecessor, President Donald Trump, used at the decision-making desk in the Oval Office.

Political commentator Tom Newton Dunn tweeted a picture of Biden behind a desk with piles of executive orders on Thursday, but the famous little red button Trump pressed to pick up his favorite soft drink appears to be missing.

Trump showed the button to reporters in front of the Associated Press and the Financial Times in 2017.

“With the push of a red button on the Resolute Desk that presidents have been using for decades, a White House butler soon arrived with a Coca-Cola for the president,” the AP reported at the time.

Trump also boasted that his employees always notice when they push a button.