President Trump is suddenly using the word 'treason' a lot 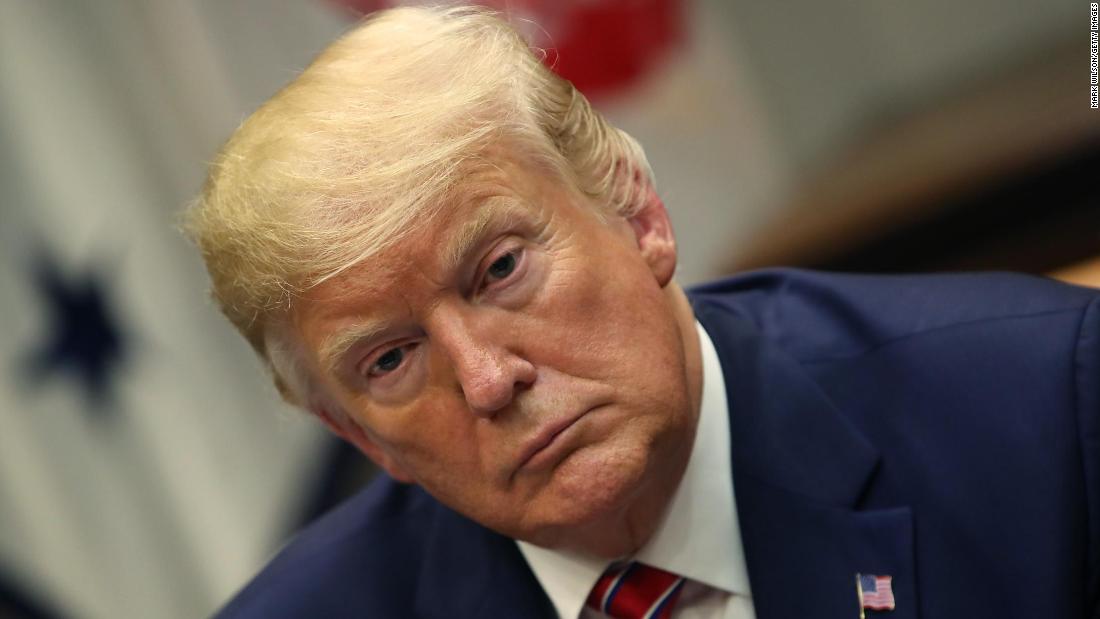 Margaret Sullivan said it's best on Sunday's "Reliable Sources" telecast: "Just when we think it really can not get any worse … when he uses terms like 'enemy of the people' or 'fake news … 'It really ratchets it up.'
Yes, indeed. President Trump is now accusing news outlets of "treason" when he does not like the stories they publish. On Saturday night, he said the "Failing New York Times" committed a "virtual act of Treason" by reporting that "United States is substantially increasing Cyber ​​Attacks on Russia." He said the story was "NOT TRUE," but treasonous. Hmmm.
Trump's casual use of the word "treason" is a relatively new development. He tweeted it for the first time last September, in response to the anonymous "senior official" op-ed, also in the NYT. He has used it on Twitter half a dozen times this year. He has also said it repeatedly in interviews and speeches, per Factba.se. But as Sullivan said, this really ratchets it up. He "Reliable," Samantha Vinograd said his tweet about the NYT is talking about "executing journalists," because treason is a death penalty. I would not go that far, but her point is well taken. NYT decided to reply …

"Accusing the News" the press of treason is dangerous, "the NYT responded. "

Max Boot told me the real story is that Trump's own aides" do not trust him "- the paper says the president has apparently been kept out of the loop about cyber attacks against Russia's electricity power grid. Here is CNN's recap …

On Sunday night, ABC shared "unedited transcripts of the exclusive interview with President ABC News from The Beast, Walk to and Oval Office and the Rose Garden. " Here you go …

Highlights from the ABC transcripts

– In the interview, Trump continued to say he did not want Robert Mueller to be fired: "You know why? Because I watched Richard Nixon go around firing everybody, and that did not work out well. "

– Once a producer, always a producer: Mick Mulvaney coughed while Trump was answering Q about his" fantastic "financial statements. "Let's do that over," Trump said . "He's coughing in the middle of my answer, I do not like that, you know, I do not like that, if you're going to cough, please leave the room, you just can not, you just can ' t cough. " Then he tried to restart his answer. Here's the video …
– Maggie Haberman Tweeted : "Trump again claims Putin would rather have Clinton in office in ABC interview," Putin said at a press conference with Jeff Mason and Jon Lemire that he wanted Trump to win. "

On this Father's Day …

… We are still not knowing exactly how many children have been separated from their moms and dads at the US-Mexico border. While Trump made a big show of ending the so-called "zero tolerance" policy one year ago, "separations are still taking place," NYT's Caitlin Dickerson told me on Sunday. There are "no rules, even to this day."
→ The main point: Dickerson said "There's a lot that we do not know" about family separations and migrant detention facilities. She said "faulty data" is one of the challenges of the beat
→ Dickerson's "The Weekly" story, "The Youngest Known Child Separated From His Family at US Border Under Trump" . Her story is in print on Monday. This separation happened when the baby was just four months old. Dickerson said "he spent five months separated from his parents. He is almost two now, and he is still unable to walk on his own, or to speak."

– Tuesday: Global Fact 6, the biggest fact-checking event in history, is getting under way in Cape Town …

– Wednesday: Hope Hicks speaks behind closed doors with the House Judiciary Committee. Per CNN's calendar, "she's the first member of Trump's inner circle to go before the panel as part of her investigation into possible obstruction of justice …"

Via Quartz: "The Cannes Lions advertising conference – or, International Festival of Creativity, if you will – this week on the French Riviera. They are publishing a special daily newsletter from the beaches and villas.
Per the NY Post's Alexandra Steigrad, the headline speakers at the five-day fest, which starts on Monday, includes Jeffrey Katzenberg, Shonda Rhimes, Jeff Goldblum, Kerry Washington, Gayle King, Laura Dern, Chrissy Teigen, Sheryl Sandberg and Lorne Michaels. " She quotes Cannes "grand poohbah" Michael Kassan saying "the biggest story is everyone grasping and grappling with the need to change the model to be direct-to-consumer …"
→ The Post also has a full list of parties here …

– Proud husband shoutout: My better half Jamie is moderating an event about the "high cost of miscarriages" and complexities of pregnancy loss … It's a partnership between NY1 and The Wing … it will be live on FB and Twitter Monday at 7:30 pm ET … (NY1)
– Read more of Sunday's "Reliable Sources" newsletter … And subscribe here to receive future editions in your inbox … [19659015] – LA Times exec editor Norman Pearlstine "revealed in a piece for the Sunday newspaper that a college girlfriend experienced a 'botched abortion' before the US Supreme Court legalized the procedure …" (CNN)
Pearlstine's message: "Men can not be silent on abortion rights …" (LAT)