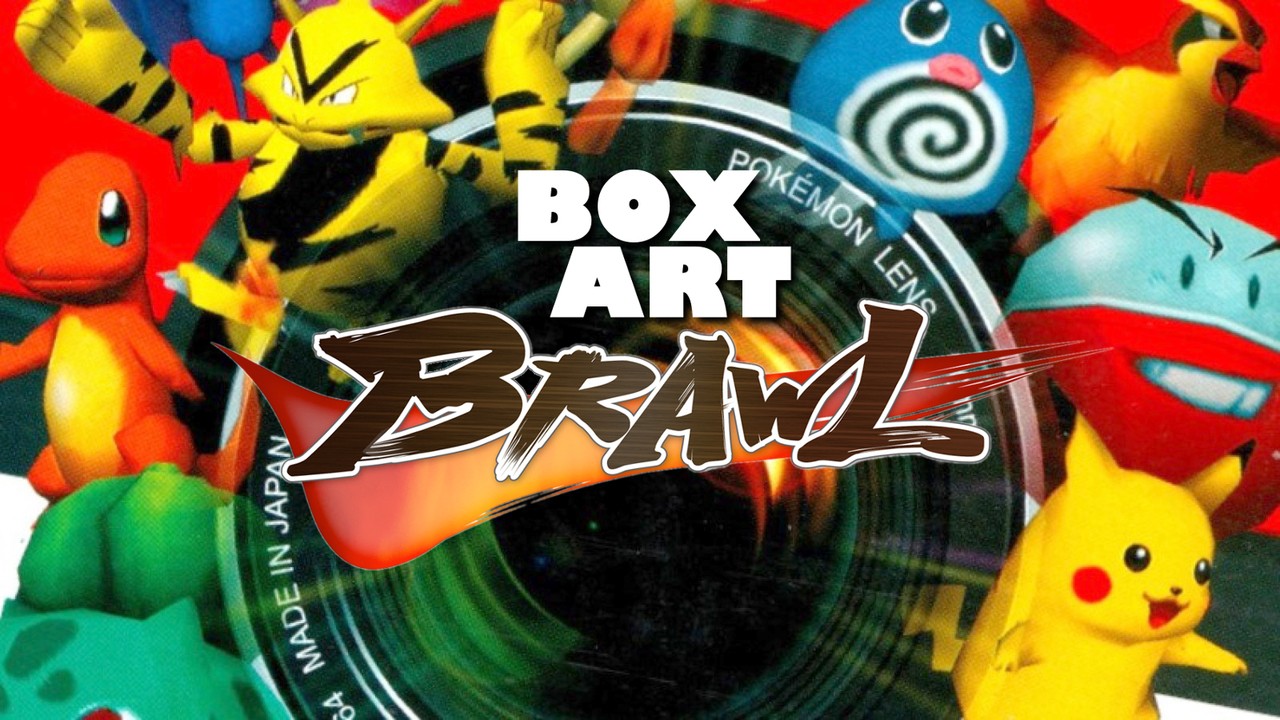 Welcome back to Box Art Brawl, our regular survey based on retro boxes, to find the best regional options from two or more territories.

We last looked at Brain Training for the Nintendo DS on its 15th anniversary, and after a meeting of minds, Europe seems to have had both brains. and beauty; the cover of the EU went away with over 50% of the vote. In second place is the yellow cover of North America, and last – Japan.

Starting in North America, the camera lens occupies the central space with a pile of Pocket Monsters that seem to explode … or maybe they are sucked in and “captured”? It’s hard to say, but it’s like we like it.

We are also shoots for the logo, with its film with 64 exhibits. However, we are less enthusiastic about the rubbish sign in the lower left corner.

The blue European cover unfolds a larger roll of film, and we see the Pokemon caught in their natural habitat as the film unravels.

Two rolls on this cover, with the same great logo too, and we like the different shades of blue in the background.

Japan received a portrait-oriented box with similar key art to the NA version, although the camera lens and red / white background color give the impression of a Poké Ball.

The film is also present here and we like the focus (sorry pun) that carries the big lens in the center.

So, you’ve seen the three options, but which cover is ready for her close-up? Click on your favorite below and click “Vote” to let us know:

David Bailey? Rather, bathe it daily! We hope you enjoy the new game if you play it this weekend. Let us know below which of these retro photos clicks with you and I’ll see you in a week or two (or actually three) for the next Box Art Brawl.