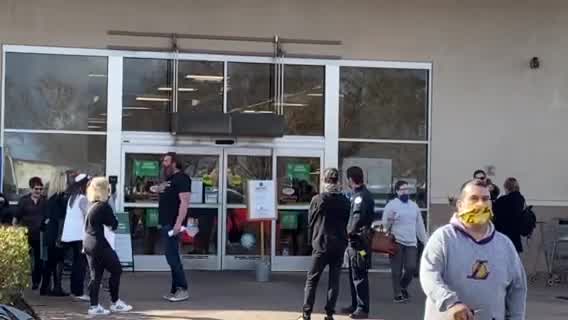 At around 1:50 p.m., a group of protesters stood in front of a sprout farmers market in the southwest corner of Blackstone and Alluvial Avenues, protesting against the requirement that shoppers enter the store to wear a face covering, said Lieutenant Charlie Chamalbide. The group had gone to other stores where they were allowed to enter, shop, and distribute literature, but Sprouts decided to close.

Police said they were not enforcing California’s mandate, but instead enforced laws against the violation.

Sprout’s policy is to give you a verbal warning first if you do not comply with the mask requirement and choose not to leave. A letter of arrest is then given for arrest if you do not leave.

Chamalbide said that if that person did not leave after the letter, the store could arrest them for a violation that was accepted by the police.

One person was arrested for entering the store and for a violation, police said. He was processed before being released.

The rest of the group decided not to enter Kulnove and the police allowed them to protest in front of the store if they did not block the entrance.