Protests in Colombia: Five civilians and a police officer killed in riots 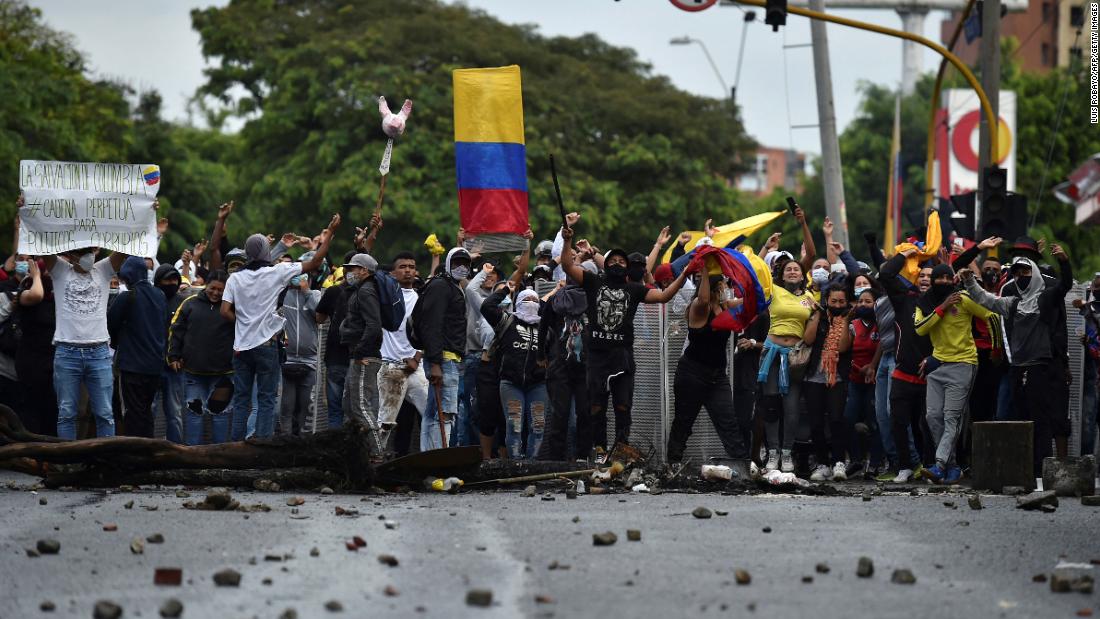 At least 179 civilians and 216 police have been injured since the protests began, he added.

“The brutal violence of the last three days, which has not stopped, is an attack on the right to protest, and therefore the authorities have an obligation not only to fight vandalism, but also to accompany and guarantee a peaceful protest,” Camargo said.

“Mr President, tax reform is dead. We do not want it to cause more deaths. Please withdraw it, please on behalf of the people of Cali,”

“I want to invite the entire Kali community to think specifically about the importance and value of life,” Ospina said.

Defense Minister Diego Molano, who was in Cali to monitor the situation, told a news conference on Saturday that “according to intelligence, criminal and terrorist acts in Cali correspond to criminal organizations and terrorists” and that authorities are working to determine who are behind “all these vile actions that have affected Kali.”

At least 4,000 soldiers and police were mobilized in the city on Friday and prepared for Saturday’s demonstrations, Molano said.

Following initial clashes on Wednesday, President Ivan Duke announced he was amending his tax proposal, which would no longer include a tax on sales of food, utilities and petrol, and would repeal the income tax increase.

Duque came to power in August 2018 and faced a national strike, backed by a broad coalition of social movements in November 2019. These protests were linked to widespread dissatisfaction with rising unemployment, economic reforms and deteriorating security.