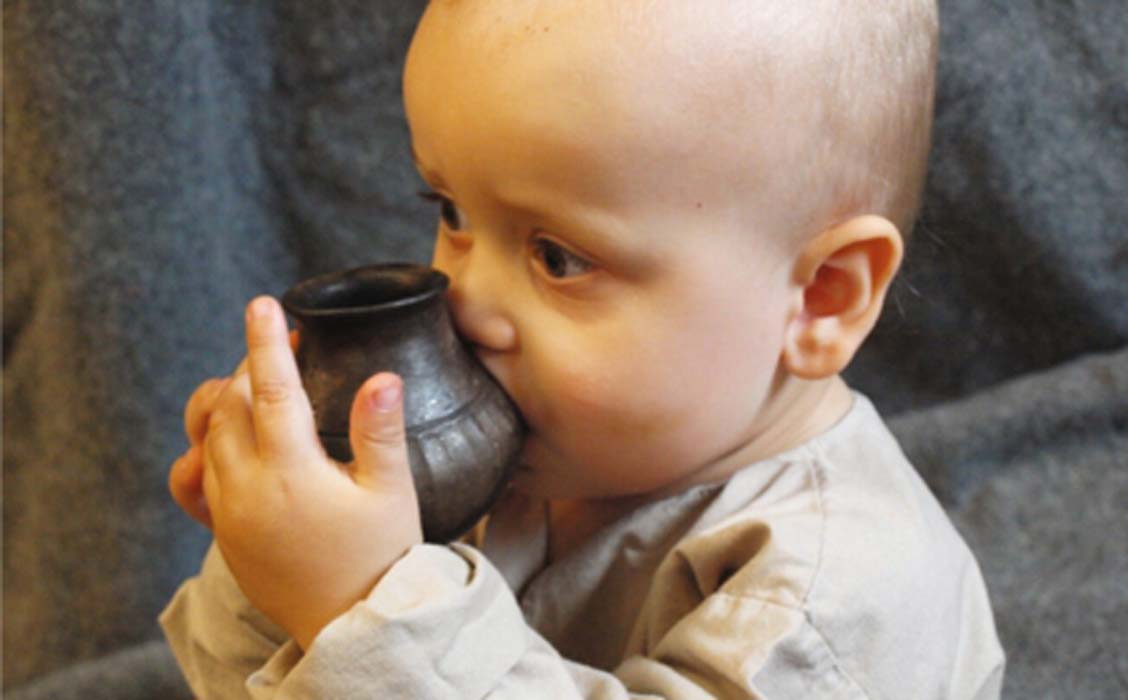 A study of some mysterious ceramic vessels found in the tombs of children of the Bronze and Iron Age has made some remarkable discoveries. An international team of scientists now believe that these pieces of pottery with spouts were made to feed babies and are ancient baby bottles. Moreover, the residues of milk inside them come from domestic animals. The study can revolutionize our perceptions of prehistoric human societies.

There has long been controversy in academia as to how children were weaned in the prehistoric past. Some experts claim that children receive breast milk substitutes. They cited many pottery vessels as evidence found in prehistoric sites that they claim were used to feed babies. While others claim that prehistoric women are breastfeeding their children right until they can eat solid foods.

Selection of late Bronze Age vessels. The vessels are from Vienna, Oberlace, Wössendorf and Franzhausen-Kokoron (left to right), dating from about 1200 to 800 BC. (Katharina Rebay-Salisbury / Nature )

To resolve this debate, researchers are examining "three small vessels broken in the Bronze and Iron Age of babies in Bavaria, Germany, ”Nature reports. Objects are between 50-100 mm (2-4 inches) long. An international team is testing the remains of artifacts, some examples of which were "made in the form of small animals over 3000 years ago" according to The Independent. Unlike other similar ceramic vessels, the vessels found in Bavaria were ideal for testing as they had open cups and this meant that they could be taken for samples without risking damage.

Food containers of the type tested in the study. A. Frisch & Katharina Rebay-Salisbury / Nature

After performing a lipid analysis of one of the pottery pieces, they detect the residues of fat present in the milk. Microscopic fats appear to penetrate unglazed ceramics, which means that they can be detected after millennia. This is the first time there is evidence that prehistoric mothers gave their babies milk at weaning. Julie Dunn, one of the lead authors of the study, said she "looked at the context of the graves, which really confirmed that they were baby feeding vessels," according to the Smithsonian. 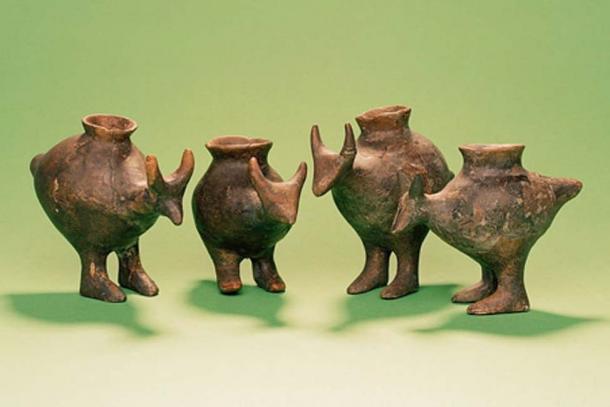 This seems to solve the mystery of how young infants were weaned from breast milk in prehistoric times. Nature states that this study "provides information on the feeding behavior of infants practiced by prehistoric human groups." Feeding extra foods to a weaning baby is something unique to the human species.

B y demonstrating clearly that human infants received additional food, the study "is important to our understanding of infant mortality and fertility in past societies," according to Nature. If young babies were given additional food during weaning, such as animal milk, they would be more likely to survive to adulthood. It seems that the population is adopting agriculture, they have access to more animal milk, which reduces infant mortality. In addition, according to National Geographic, "early weaning allowed mothers to have more children." This may explain the rapid population growth during the Bronze and Iron Age. 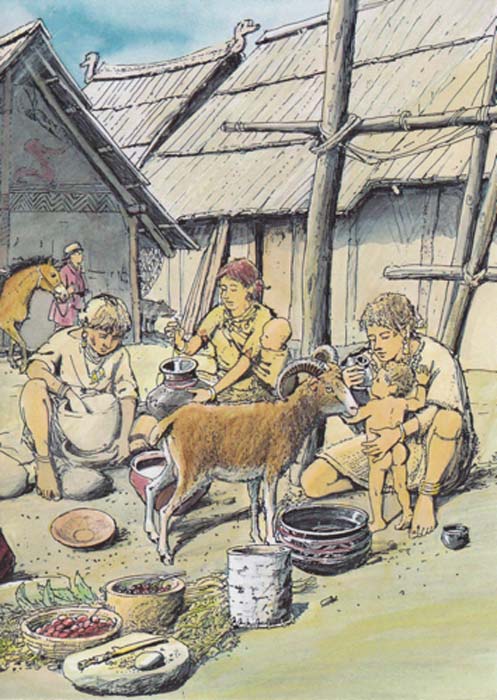 The image shows the use of a bronze receptacle for bronze vessels. (Christian Bisig / Archäologie der Schweiz)

Researchers used molecular chemical analysis of isotopes to determine the origin of milk found in the ancient "loose cup". However, they could not determine which animals came from. They also failed to determine whether cereals were used as barley with milk in containers. Researchers also noted that ancient baby bottles can be difficult to clean and can pose a health risk to babies. National Geographic reports that some scientists have argued "against the assumption that feeding babies with animal milk was a widespread practice in the past based on this small sample size."

Similar drinking vessels were found in Neolithic sites, "dating from 5500 to 4800 BC", Smithsonian reports. This begs the question, did mothers use drinking glasses to feed their children animal milk in the Stone Age? We know that human communities domesticated animals about 9,000 years ago. According to the Smithsonian, "fat residues found in pots throughout the northern Mediterranean suggest that people began consuming milk and dairy products from domesticated animals during the Neolithic Revolution."

The presence of infant feeding vessels at Neolithic sites suggests that humans fed infants with additional foods during weaning much earlier than previously thought. This can have major implications for our understanding of the Late Stone and Iron Age. If the infants were fed animal milk or possibly other foods, this could explain the rapid population growth during the Neolithic era.

Proving that the mysterious vessels found in babies' graves are loose cups, the study revealed much about ancient family life. The obvious care that has been taken in making these vessels and their animal forms, designed to entertain babies, shows us that ancient parents took great care of their offspring. It seems that mothers in the Bronze and Iron Age loved their babies as much as modern mothers do.