Puig, still with the Reds, thrown out as part of a major altercation 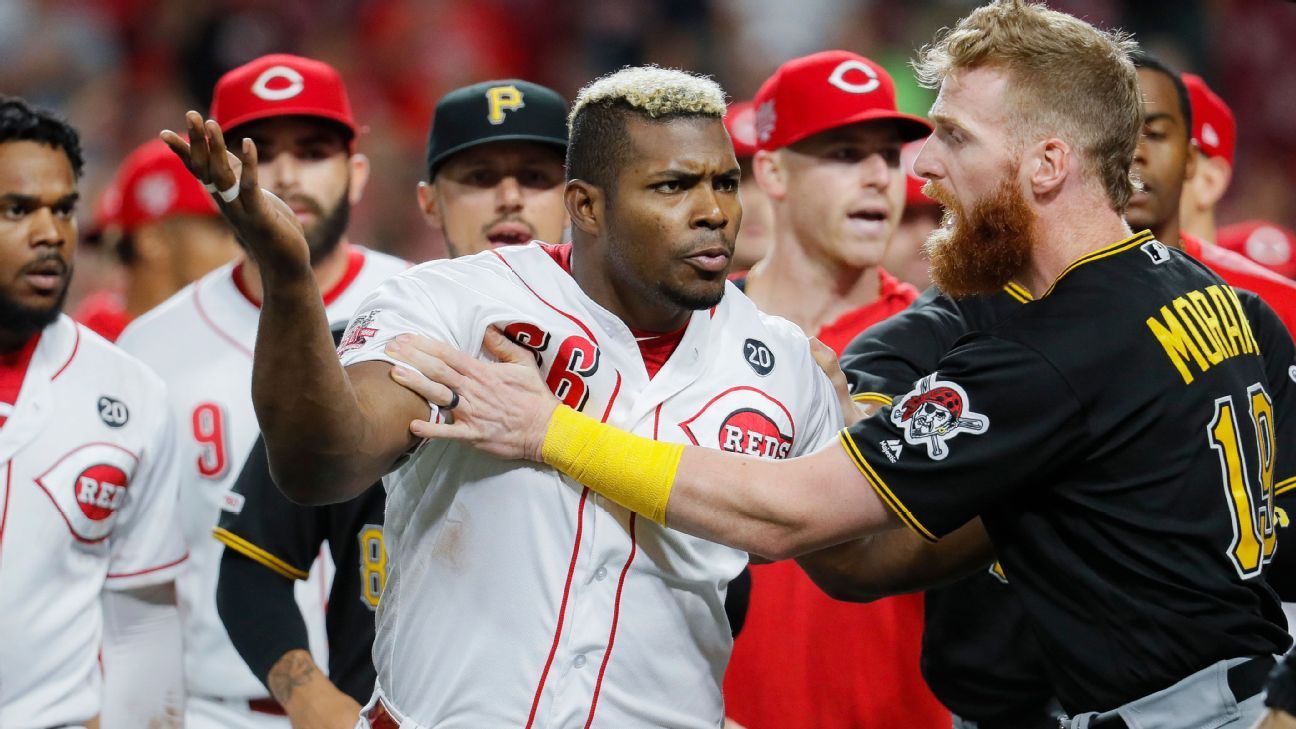 Yasiel Puig's brief stay in Cincinnati ended with a thunder on Tuesday night.

Just as the Cleveland Indians and Reds negotiated a deal for Puig, a fiery cop continued his benches while Cincinnati took over the pirates at Pittsburgh's Great American Ball Park.

Puig was still in the game as three-team trade announcements – part of which sent right-hander Trevor Bauer to the Reds – surfaced.

The fight began at the beginning of the ninth inning.

The Reds' Amir Gareth, who previously surrendered home runs, was eliminated with two outs. While the ball was taken from him, the high left hand was loaded into the dugout of the pirates, moving their hands and throwing punches.

Both teams stormed the field and a nasty brawl ensued. The tension seemed to calm down a few minutes before Puig regained his composure by charging into the Pirates before being detained.

Puig and Gareth were among the many cast players and coaches.

Reds manager David Bell faces stoppage after crashing into the field to join the Tails after an inning was thrown out earlier. He was headlined by pirates hitting coach Rick Eckstein, went out alone and shouted at pirate manager Clint Hurdle, who was celebrating his birthday. Five reds were pushed out overall.

The last dusty rivalry broke out when from Pittsburgh Keone Kela threw himself at Derek Dietrich in the seventh. After the inning, first founder Joey Voto went to the pirates' dugout and exchanged words with Kela, but lampooner Larry Vanover got in front of Voto. In April Dietrich admires one of his pets at PNC Park, leading to a clash of benches.

Discards began in the eighth when Bell was thrown for arguing a Puig strike at the bat. Redshirt freshman Jared Hughes was thrown out in the ninth because he hit Starling Martha with his first pitch. Gareth took to the field, then exchanged words with the pirates, ran to the dugout and threw a few punches to ignite the fight. Gareth was dragged to the ground by about half of the Pirates' team before the backup arrived. Bell was among the first Reds to join the rout and had to be separated from the hurdle. He later helped contain Puig.

Puig and Garrett were among the five who were thrown out when a fight broke out at Dietrich's house when teams played at PNC Park in early April. It started when properly pirated Chris Archer threw a fastball 93 miles an hour behind Dietrich's back.

Puig was back in the center again, reigning in the fight, after seeming to calm down when he threw himself at the pirate pitcher Trevor Williams at home plate, then grabbed Pittsburgh bench coach Tom Prince and tried to get him into the headlining .

Overall, Puig has been ejected three times this season, most by all players in the majors.

Information from the Associated Press was used in this report.