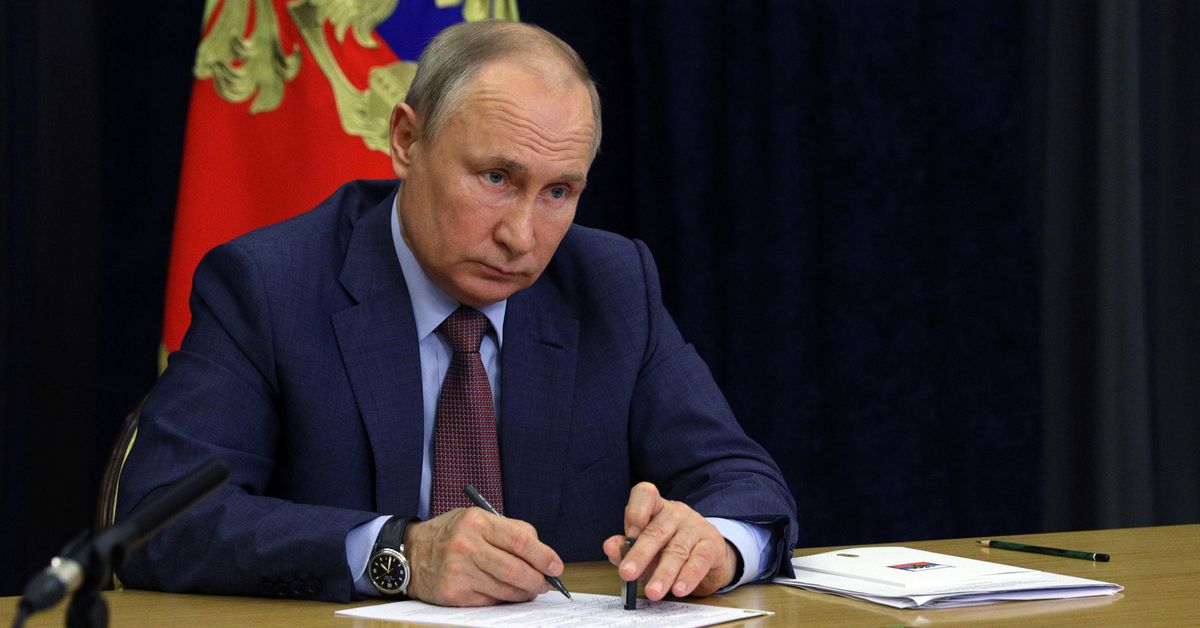 Russian President Vladimir Putin signed a law Friday banning members of “extremist” organizations from running, a move by allies of imprisoned Kremlin critic Alexei Navalny that he aims to remove them from this year̵

Putin’s approval of the law comes days before the court considers outlawing the anti-corruption foundation and Navalny’s regional groups on the grounds that they are extremists.

The law prohibits members or leaders of groups declared extremist from running for seats in the State Duma, the lower house of parliament, or running in other elections for three to five years.

The law effectively derailed parliamentary campaigns announced by some of Navalny’s allies, including Lubol Sobol, who was persecuted for protesting an opposition politician.

Putin’s signing coincides with Navalny’s 45th birthday, which he celebrates behind bars while serving a 2.5-year sentence for embezzlement charges he says are fabricated.

Navalny’s team – which claims the allegations of extremism were an attempt to blunt their political opposition in the September parliamentary elections – said sarcastically that the law was a “special birthday greeting from the Kremlin”.

In a post on his Instagram account, Navalny said he did not worry about having to celebrate his birthday in prison and that he would celebrate all his missed birthdays after his release.

In the past, Russia was defined as “extremist” neo-Nazi and far-right groups, Islamist organizations, and Jehovah’s Witnesses. Read more

If Russia officially declares Navalny’s Anti-Corruption Foundation and regional groups extremists, the authorities will gain official power to close activists and freeze their bank accounts. The next court hearing in the case is scheduled for June 9.