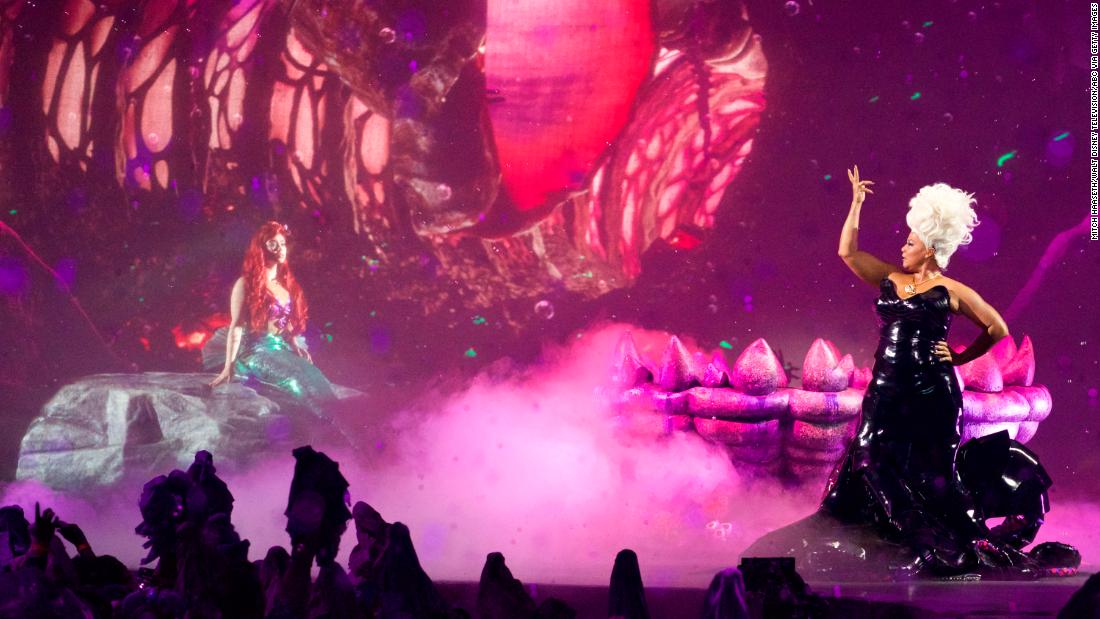 As a villainous witch, Queen Latifah proved to be the most lauded position on the show, which otherwise had ebb and flow, so to speak.

She brought the courage needed to pull both the great dialogue and the even greater signature number, "Poor Unhappy Souls," which was one of the best performances of the night.

The performance of Queen Latifah was further aided by the costume department, which assembled an impressive ensemble worthy of one of Disney's greatest villains.

"All right, there's nothing more to see here. Queen Latifah killed him. Everyone else can go home," another wrote.

Unfortunately I had the suit on, the department was using a fraction of the effort put into building one of Ursula's tentacles to Sebastien Shaggy's outfit, maybe he would have hit the stage in something a bit like crabs and less Britney Spears in her video "Oh, I did it again." [1

9659002] His red latex-like jacket and pants lacked the ass needed to stand in an ocean floor filled with robotic puppets and costumed sea creatures, and this was one of the most jealous aspects of production. (This is the ill-fated club of John Stamos, where he referred to Ariel's love as "Prince Albert.")
Meanwhile, other peaks include the dreamy vocals of Auli Kravalho, whatever Sean Mendez-eske, Prince Eric (Graham Phillips). was giving away, the dog ( because of course ) and Jimmy Kimmel Live Guillermo Rodriguez was dressing like a bun.

Cumulatively, however, there was little question as to who turned out to be this queen of the sea and stage.