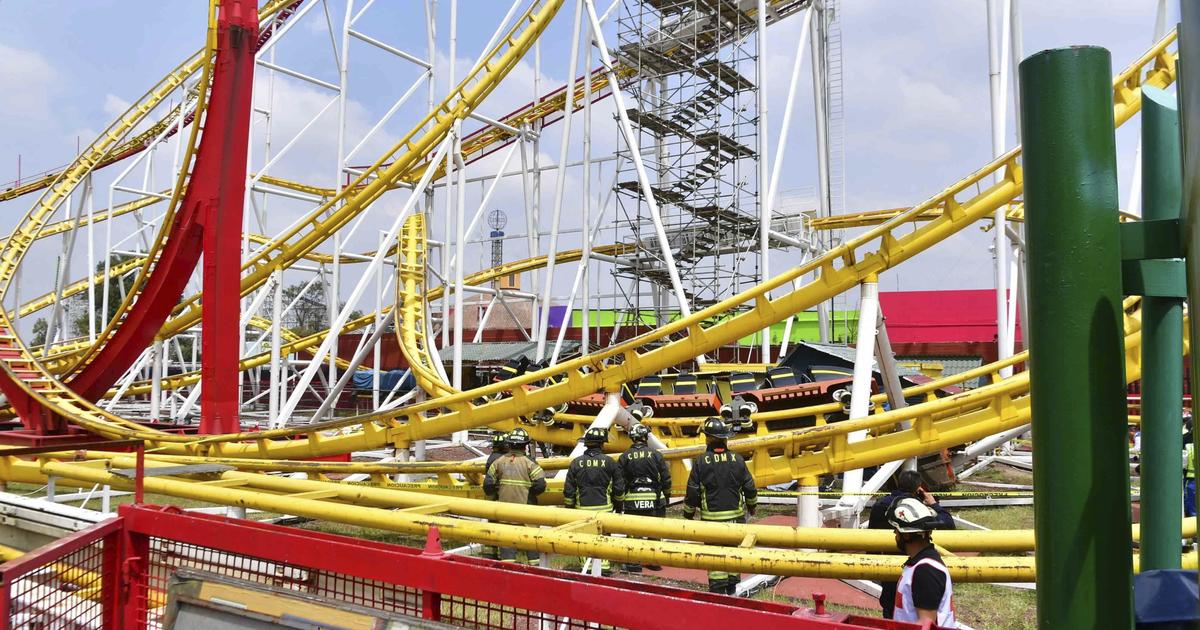 A high-speed rail car rolled into a Mexican amusement park Saturday, killing two people and injuring two others. The Attorney General's Office in Mexico said two men, aged 18 and 21, were killed in the head and other injuries when the last car in the amusement park derailed at La Feria Amusement Park. Two women were injured.

Preliminary investigations show a mechanical failure that causes the car to slacken and fall from a height of 33 feet above the ground, said Ulises Lara Lopez, a spokesman for the attorney general's office.

Authorities treat the accident as a case of negligent homicide.

A video circulating on social media shows how a car rolls upside down and crashes into a metal outline of a train. Photos from the following road show the first responders to visit the victims, and a metal railway wagon on the ground, near, near blood stains.

Kimera's towering chamberlain in Chapultepek Park can be seen from afar in the capital, its three almost vertical yellow and red stitches visible from a large highway. Feria Park closed after the accident.

A vendor at the park told the local El Universal newsletter that she saw a passenger thrown from the car and that other riders were bumping into their heads as the coastal vessels advanced at high speed as they dragged the burning, last car.

The 10-year-old cabotage man, like many rides in La Feria, was introduced to other parks around the world before finding a home in Mexico City.