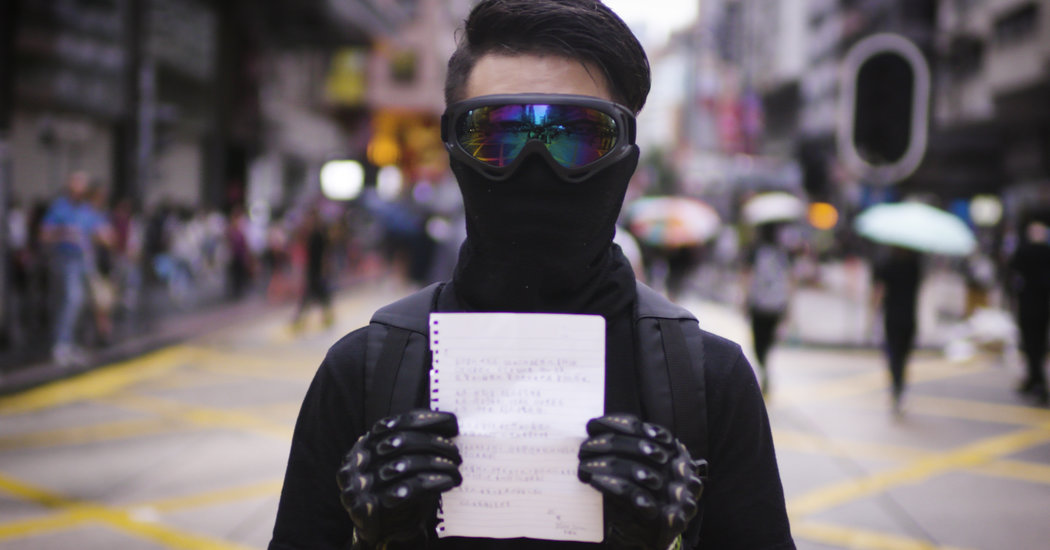 HONG KONG – Protesters gathered in Hong Kong on Sunday afternoon, displaying continued energy at the traffic, despite a police ban on the march and attacks on promoters.

Tens of thousands of protesters gathered in the crowded Zim Sha Tsui. a shopping district on the southern edge of Kowloon Peninsula for a hike to West Kowloon, a place of arts and high-speed railway that connects the city to mainland China.

The Civil Rights Front, the organizer of large, peaceful marches this summer, reportedly attended up to two million people running to host Sunday's event . However, police rejected the claim, saying such demonstrations were often abducted by vandalism and violence.

Following this refusal, the Civic Front for Human Rights refused to host the march, but one of its leaders Figo Chan and other pro-democracy figures urged people to turn out anyway.

"I am not afraid of being arrested, imprisoned, beaten or expelled," Mr Chan said on Sunday before the march. "But I hope that people understand that in order to fight for democracy, freedom and justice, we have to sacrifice ourselves. We use peaceful, rational and non-violent means to express our demands. We are not afraid of arrest. What I fear most is everyone giving up our principles.

Another leader of the civil rights front, Jimmy Sham, was attacked by men with hammers on Tuesday in Kowloon. Mr Sham is still undergoing hospital treatment and will not attend the march, the group said.

On Saturday night, a 19-year-old man handing out flyers to urge people to join the march was attacked near a subway station. station in north Hong Kong. He was stabbed in the neck and abdomen and was hospitalized in serious condition, the government said.

A 22-year-old man has been arrested in the attack. Local news media quoted witnesses as saying that the attacker was shouting that Hong Kong was part of China and that protesters were hurting the city.

Chinese officials and state media have declared the protests a separatist movement. Some Hong Kong participants wore Catalan flags on Sunday to show solidarity with the separatist movement in Spain . But while some protesters are calling for Hong Kong's independence from China, it is not the focus of Hong Kong demonstrators, none of their official demands.

Protests began over the withdrawal of legislation that would allow extradition to mainland China. from Hong Kong. Hong Kong chief executive Kerry Lam said in September that the government would withdraw the proposal, but public anger at authorities remained high.

The marches on Sunday echoed other longstanding demands, including an independent police investigation, an amnesty for arrested protesters and the introduction of direct elections for executive director and legislature.

The organizers also raised two more recent demands: the reorganization of the police department and the removal of the ban on face masks.

Mrs. Lam uses emergency powers this month to introduce mask law. The move sparked a wave of new protests and clashes with police.

"I want to make the most of every opportunity to go out," says Ann Chin, a 32-year-old employee who joined the hike. "Following the ban on masks, we do not know when the government will again invoke the Emergency Ordinance and enforce laws that may further stifle the rights of Hong Kong people."

Demonstrators also expressed support for Hong Kong's communities on Sunday ethnic minorities. Some reports have said that Mr Sham's attackers were paid men from South Asia, and protesters said they were worried they could lead to retaliatory attacks.

Some protesters stood in front of the Kowloon Mosque and the Islamic Center with signs urging others to respect the building. "Be good to religion," one sign read. At Chungking Mansions, a building in Zim Sha Tsui that has several restaurants and shops run by South Asia, volunteers hand out bottled water to protesters.

Protesters said they were determined to show that the movement still enjoyed widespread support, even if attendance was impeded by police bans and recent attacks. Jason Wong, a 26-year-old office worker, brought 60-foot black flags on the march, pre-signed by residents in each of the city's 18 districts with colorful markers, an effort aided by a team of volunteers.

"The government has placed many restrictions and tried to suppress the people of Hong Kong, but we cannot show weakness," he said. "We have to show to the world that we have many people calling for common requests, even if not all dare to go out."

Protesters broke windows at multiple stations on Sunday and painted graffiti over security barriers placed around entrances. They also barricaded the streets, triggering warnings from police.

As the procession began, AMON observed and held blue flags to tell participants that they were breaking the law. "Scatter or we can use force," the banners voted.

Ezra Cheung, Elaine Yu, Javier Hernandez and Tiffany May contributed to the reporting.