Rape trial in Spain: 5 men today were acquitted of rape on the grounds that the 14-year-old victim was unconscious 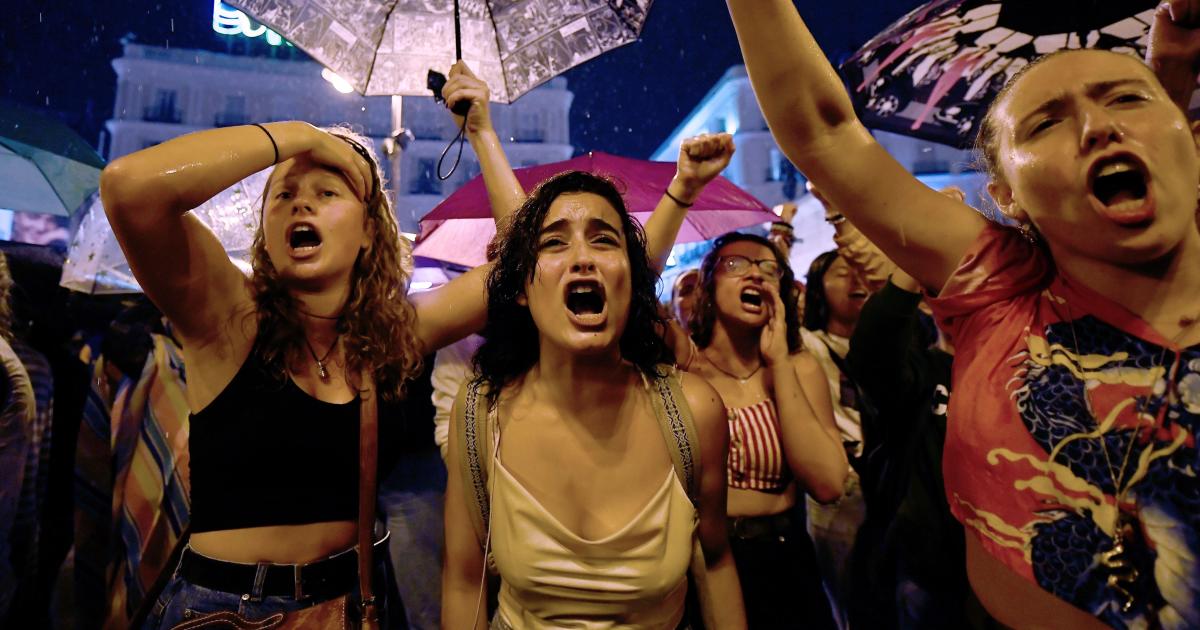 Spaniards are outraged after five men were justified for raping on the grounds that their 14-year-old victim was unconscious at the time. The Barcelona-based court ruled Thursday that the men were guilty of lesser sexual offenses and sentenced them to 10-12 years and fined them 12,000 euros.

He ruled that their act could not be considered a sexual assault because the girl was unconscious after consuming alcohol and drugs. This meant they did not need to use violence or intimidation, a requirement for a conviction for rape in Spain, the court said.

Spain's Deputy Prime Minister Carmen Calvo said that until her government had commented on the judgments it had set. the priority is to change the law to make it clear that consent is needed for legitimate sexual relations to occur.

On Twitter, Barcelona mayor Ada Colau slaughtered "outrageous sentence", told BBC News. "I'm not a judge and I don't know how many years in prison they deserve. What I do know is that it's not abuse, it's rape!"

The attack took place in the city of Manresa, near Barcelona, ​​in 2016, when the girl and the men entered an abandoned factory to drink.

The court said that since the victim was unconscious at the time of the attack, she "could not accept or reject the sexual relationship" and that the men "could have sexual relations without the use of violence or intimidation."

Barcelona Mayor Ada Colau and other left-wing politicians and feminist groups condemned the ruling, and called for the law to be strengthened in favor of the victims.

"Another senseless verdict on patriarchal justice that doesn't want you to understand that it just means 'yes,'" Colau wrote on Twitter. "An unconscious 14-year-old girl was raped by gangs. I'm not a judge and I don't know how many years in prison they deserve, (but) what I do know is that it's not abuse, it's rape!"

Marisa Soleto of the feminist group Fundación Mujeres said that "this is just further evidence of the need to change the penal code."

A similar decision from 2017 triggered widespread protests when five men were found guilty of sexually abusing a woman, but justified rape for an attack in Pamplona. The Spanish Supreme Court later overturned the lower court and sentenced them to rape. BBC News reports that the new case is known as the "Manada de Manresa" – the Manresa Wolf Pack – because of its similarities to the case.