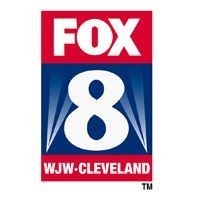 The FDA has announced that a recall for medication used to treat high blood pressure has been expanded again.

According to recall released Wednesday, Legacy Pharmaceutical Packaging, LLC expanded its recall of 3 repackaged lots of Losartan Tablets USP 50mg to includes one additional lot. This recall was due to Torrent Pharmaceuticals LTD issuing a Voluntary Nationwide Recall of Losartan Tablets, USP, due to the detection of trace amounts of N-nitroso N-methyl 4-aminobutyric acid (NMBA) and a possible process impurity or contaminant in active pharmaceutical ingredient, manufactured by Hetero Labs Limited, (API manufacturer)

NMBA is a potential human carcinogen.

The recall is the latest in an ongoing investigation into a class of drugs known as angiotensin receptor blockers or ARBs, which contain either valsartan, losartan or irbesartan and are used in patients with high blood pressure and other conditions

Starting in July, separate lots of ARB blood pressure and heart failure medications from various companies were recalled around the world, including in the United States, due to containing similar impurities that are potentially or suspected human carcinogens