Recalling Nick Caffardo, a baseball writer from the old school that thrives in modern times – "Athletic" 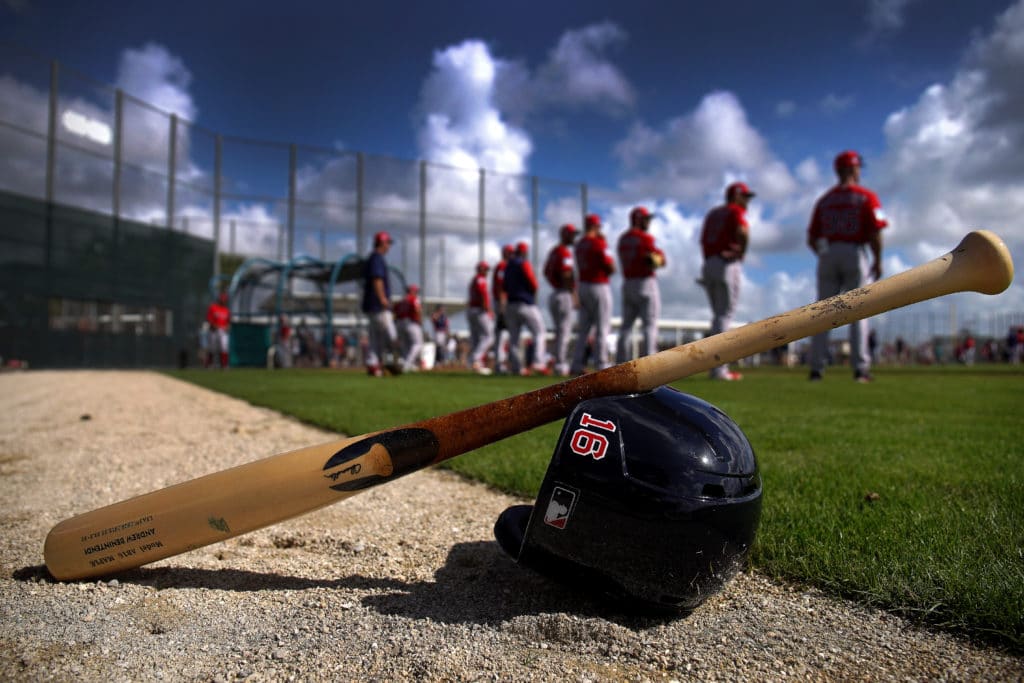 FORT MYERS, Fla. "Thanks to Nick Caffardo I know that last Sunday was Red Sox Trevor's former 43rd birthday Scott Williamson. a longtime baseball journalist from Boston Globe, whose unexpected death on Thursday left us stunned and saddened. But believe me: Nick would get out of it and for the simple reason that the item was picked up directly from his favorite column on Sundays.

Somehow, Nick made the impossible: every week he put on an epic column of Sunday notes that attracted readers of all ages, was firmly anchored at the time when the newspapers were royal, and we noted the fact that baseball was a bit slower than other sports, and we have never considered the need

This does not mean that Nick's writing was trapped in the past. Hardly. Take the full Nick's notes page and all the important things you need to know ̵

1; commercial rumors, prospects updates, an element of this or that former Red Sox player who is now part of another team. If something was up to date and important, Nick was there.

But saying Nick had access to everyone in baseball is worth knowing, he is both upset and sinful because he has access to hundreds of people many of us have long decided. no is not worth knowing.

Let's talk about the scouts. Nick has always talked with scouts, including many people who have been shown the door in recent years because baseball kids have decided that the analysis is the way to go. Nick's writing often raises a valid question: Why not use both? In his baseball notes Jan. 26, Nick wrote, "This is how veteran Scott Bob Johnson wants to go back to baseball: work I'll work for expenses. I do not even need a salary. "Johnson was one of the best scouts in the business, unemployed now for two years."

That was Nick. He had called a man who was no longer worth knowing – to others, – and devoted some of his Sunday notes to inform the baseball industry that Johnson is there that he has the talent that he wants to get back into the game. Nick knew that not only fans read his Sunday notes; he knew the insiders also read. Bobby Evans, the San Francisco Giants general manager, told me Thursday night he was a regular reader of Nick's Sunday notes … "because on the national scene he covers so much land, so much territory. I met him when I was a Red Sox trainee in 1989 and considered him a very good local writer. But as I grew up in the game, I realized that he was a national writer who covered everything. We have become very much in recent years and have started to appreciate it as a professional. And he was an incredible man, whom I admired very much. "

Here's another person whose Nick's status might have thought he's not worth knowing: The New Writer for the Rival Journal. Chad Jennings, now with The Athletic appeared as such a writer when he enrolled with Boston Herald in 2017

"Taking jobs where I competed with Nick was scared," Jennings said, "But at the beginning of the season we were together at an airport and we sat down to talk and at the end of the conversation we were friends. And we've stayed like that since then. He stepped out of his way to be encouraging and supportive. He made me feel like I belong. "

The point here is that Nick understands, as do some people, that the world should not be that way or that way. Just as he used his column for Sunday notes to report the relevant baseball problems of the day, he also reached the unemployed scouts and, yes, using the last point-point point to wish for a happy birthday to the former Red Sox player, he also looked at his competitors as follows: I will work to beat you every story, since you will work to beat me, but that does not mean we can not be friends.

Personal Note: For 24 years I was working at Herald, my place in the press was in the second row, next to the Globus seat. That meant I would sit by Nick or Dan Shonassi, another longtime rival and a good friend, most nights. When Nick sat next to me, I sometimes wrapped him around while I was sitting and saying, "This is us, Nick." At the AT & T World Series in San Francisco, we sat again. each other; When I caught Nick again, someone took a photo and sent it to me.

Nick Caffardo and I were often sitting next to each other in balls. This photo is from the 2014 AT & T Park World Series. Relax in peace, Nick. This business has changed forever with your passing.

At that time, that was a crazy photo I posted on Facebook for laughter; in view of the terrible news of Thursday that the photo is already a memory of one of the giants of our industry, as well as one of the best, most honorable people I've ever met.

In memory of Nick Caffardo, I would like to note that this Sunday will be the 45th birthday of Mike Lowell, the former Red Sox's third group.