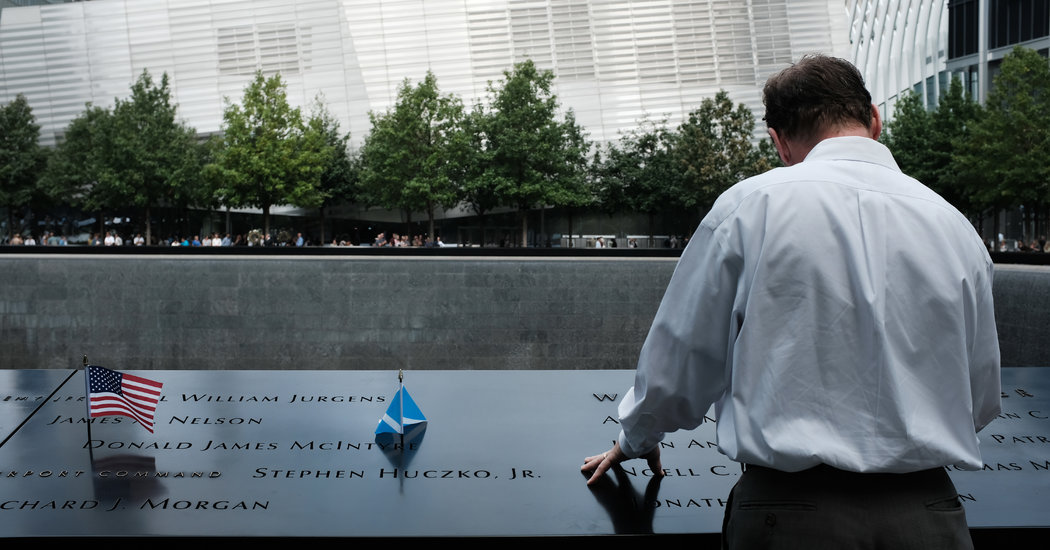 Eighteen years have passed since airplanes took aim at the World Trade Center and brought them down.

The commemoration at ground zero – by now an annual rite of remembrance that follows a familiar, somber script – will begin with bagpipers and drummers, marching in cadence. An honor guard will carry the flag.

At 8:46 am, the time when the first plane is slammed into the north tower, there will be a moment of silence, the first of six marking the strikes at the trade center and the Pentagon, and the plane crash in Shanksville, Pa., As well as collapse of twin towers in a blizzard of toxic dust and flaming debris.

Then, readers will recite the names of the dead, one by one – brothers , sisters, cousins, mothers, husbands, wives. It is a ritual that will take about three and a half hours.

Rudolph W. Giuliani, who was heralded for his leadership as mayor of New York when he was attacked, recalled the tragedy and thttps: //www.nytimes. com / he valor of that day.

The 18th anniversary, not a major milestone like the fifth or 10th, is taking place in an area that rebounded as it was rebuilt and, some say, as the country moved on. But for the families whose relatives were killed, the grief remains as piercing and profound as ever.

There are now 400 trees where the rubble was in 2001. For ceremonies, loudspeakers have been hung – carefully – from many of the trees . The idea is that the names being read should be heard from anywhere on the memorial's eight-acre site.

The platform for readers will stand in the shadow of a One World Trade Center that is no longer new – people have taken note of its rise toward the sky at earlier ceremonies, but the construction fences that once lined the area are long gone. The new One World Trade Center opened five years ago, the observatory on its top floors more recently.

There will be other observations on Wednesday morning. At Trinity Church at the head of Wall Street, the rector, the Rev. Dr. William Lupfer, Will Ring the Bell of Hope, given to the city by Michael Oliver, who was Lord Mayor of London in 2002, and the year after the attacks.

At ground zero, “The Star-Spangled Banner ”Is to be sung by Kassidy Rieder, a senior at Long Island School of the Arts who is in her third year of pre-college program at Juilliard School.

She is too young to remember Sept. 11. Her mother, Nancy Collins, is a police officer who worked at ground zero during the search and recovery operation – until she was discovered that she was expecting Kassidy.