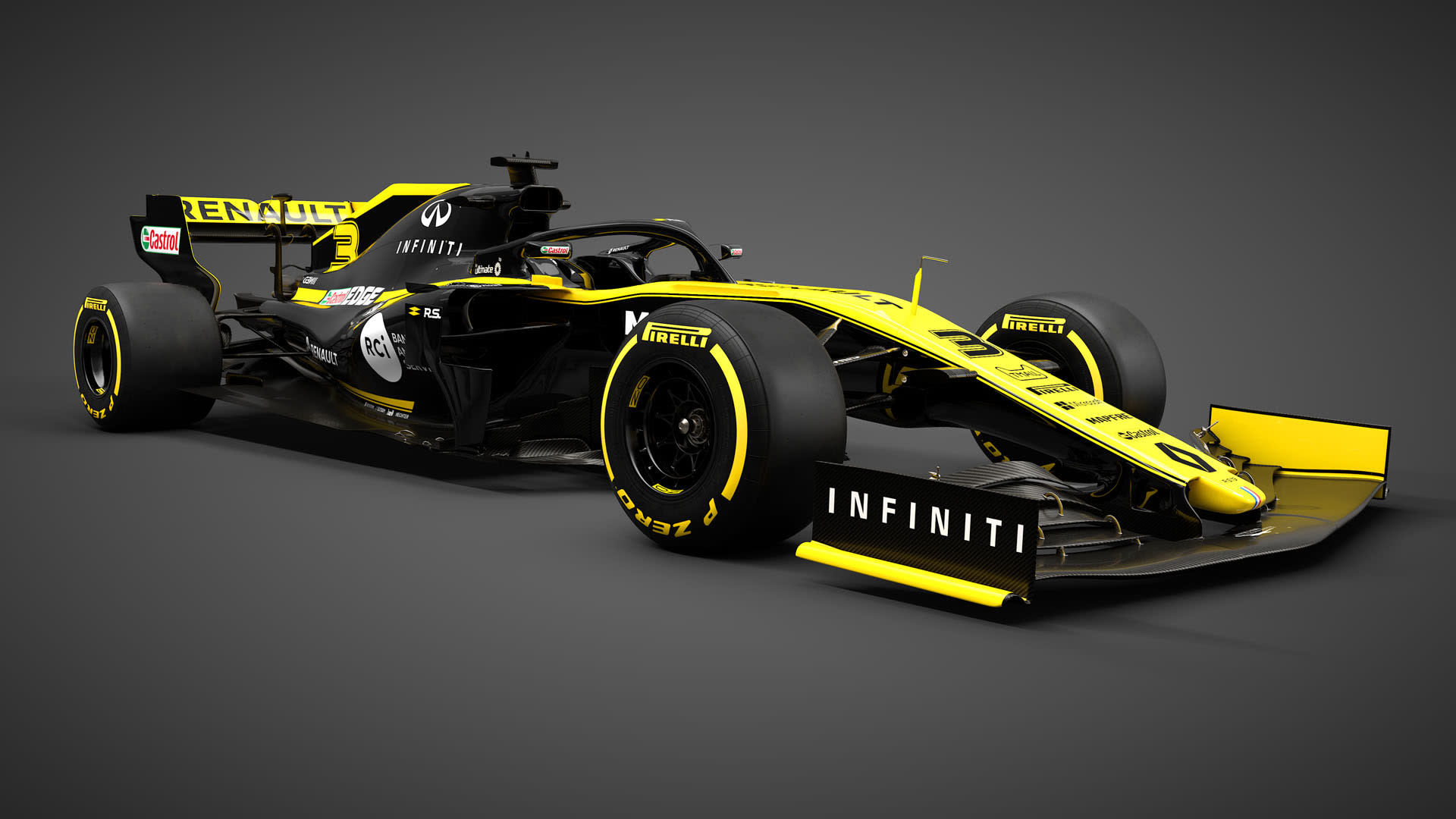 Renault have put their money where their mouth is for 2019 by signing up Daniel Ricciardo to drive them alongside Nico Hulkenberg – and now they've revealed the car that their sharp new driver pairing will be armed with this season, the RS 19.

Ricciardo helped his new team mate unveiled their 2019 livery at Renault's Enstone factory in the UK, while digital renderings of the RS19 were revealed online. The car itself is set to take its first laps in the anger at the Circuit de Barcelona-Catalunya when winter testing starts there on February 18.

since their return to the sport in 2016, with the efforts of Hulkenberg and now-departed Carlos Sainz comfortably helping the Anglo-French squad to net fourth place in the constructors' standings ahead of the Haas rivals

And with the arrival of Ricciardo from Red Bull – undoubtedly the team's hottest signing to date – Renault will now look to step their performance up gear for 2019 as they build towards their previously stated goal of competing for both wins and titles either in 2020 or 2021.

"We go into this season aiming to keep [our] strong and measured momentum," said Team Principal Cyril Abiteboul. "We do not target x or y position or a number of points: what I want to see is that the team continues its trajectory of progress towards the top teams

"Renault has a massive history in motorsport, so be part of the next step of their Formula 1 journey is an exciting challenge," said Ricciardo. "I'm here to do a job on track and drive as fast as possible, but I would like to bring the team energy. I want to be able to get the team to work that extra bit harder, put in more effort and rally everyone together.

I would like to be a catalyst for positive energy. "