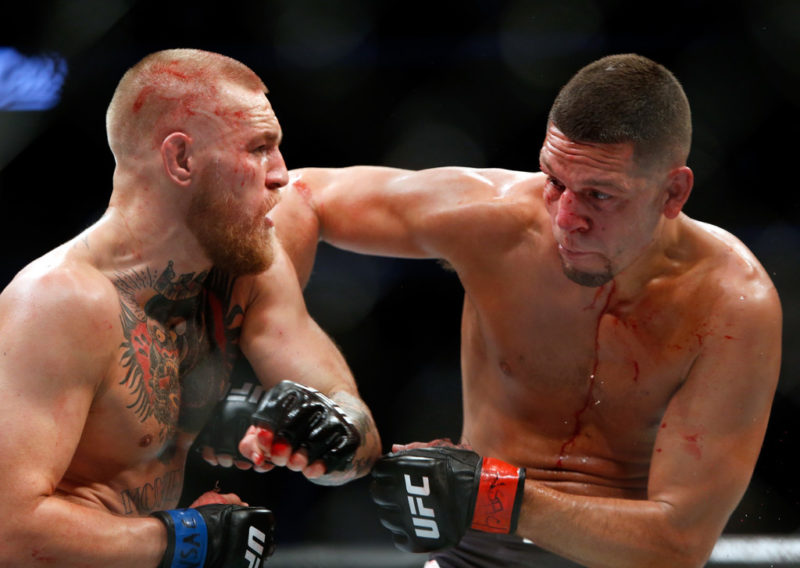 If there is one area in which Nate Diaz has improved during his long dismissal, it is his ability to avoid making big shots according to UFC middleweight champion Robert Whitaker.

Diaz returned for the first time in three years last month, when he took on Anthony Pettis in the co-main event of UFC 241. However, it certainly didn't look like it, as Diaz gave a dominant performance to grab unanimous decision to win.

The Stockton-born will remain active and will now face Jorge Masvidal in the UFC 244 headliner, which takes place on November 2 in Madison Square Garden, New York. And Whitaker feels his improvement – especially in hiding and moving around ̵

1; will play a role against Masvidal.

"I feel like in Nate's last couple of fights, he's firing, he's hiding," Whittaker said in a recent episode of Grange TV. "The way he avoids taking these big pictures is much better. I feel like McGregor so far, he just got a lot better than he was. "

" In Nate's last fight, he fired a lot of shots. He didn't make big shots if needed. It was going well. The way he flexed his face, shoulders and other things. He fired shots where he could get them. I think this will be very effective against Masvidal, especially over five rounds. "

Jake Shields, Diaz's teammate, who was also on the episode, surprisingly agreed and thought Diaz had better boxing and jiu-jitsu than Masvidal. However, he does not look past him.

"I agree. Nate is in phenomenal shape, "Shields replied. "He knows how to blow his energy. He definitely prefers it in five rounds.

"But as I said, Masvidal is one of those healthy guys, not someone you look up to. Some time ago, I overtook Gil Melendez against Masvidal. Masvidal was not a big name at the time and I watched his duels. As a person, this is a difficult person to fight. “