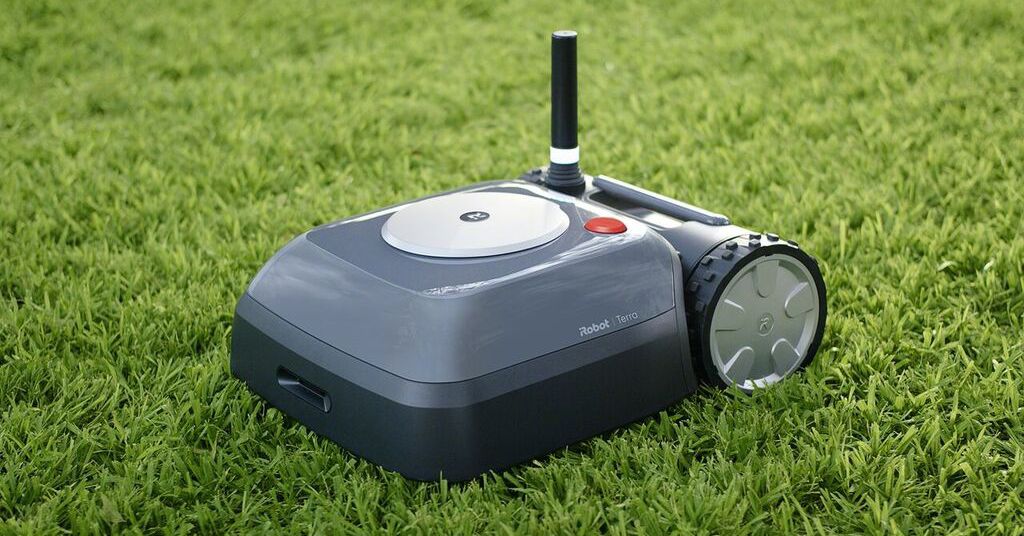 iRobot, the maker of the Roomba vacuum, announced its first autonomous lawnmower today, the Terra. While most autonomous lawn mowers require people to lay down their boundaries, Terra only requires wireless beacons to be placed around the perimeter of a lawn – the idea being it's a simpler setup. Users will also have to drive the mower around their lawn once using a companion app to teach it where to go and where to avoid

The Terra has an hour of runtime and takes about two hours to charge completely, iRobot says. If it runs out of the mid-route battery, it will go back to its charger and pick up where it left off. It's completely weatherproof and is designed to live outdoors. It features two modular shears and spring technology, so if the blades hit rock or something else that's hefty, they bounce back and do not snap.

The connected app also allows users to define a grass height and make adjustments as needed. People can use it to monitor the mower's schedule and route, too. The Terra pairs over Wi-Fi, but iRobot would not explain how it intends to deal with a potentially poor signal in users' yards

The device is launching first in Germany with a beta program in the US. Pricing has not been announced.