Royal Tour 2019: The Duke of Sussex cannot attend a project to deal with HIV in babies after a change of venue 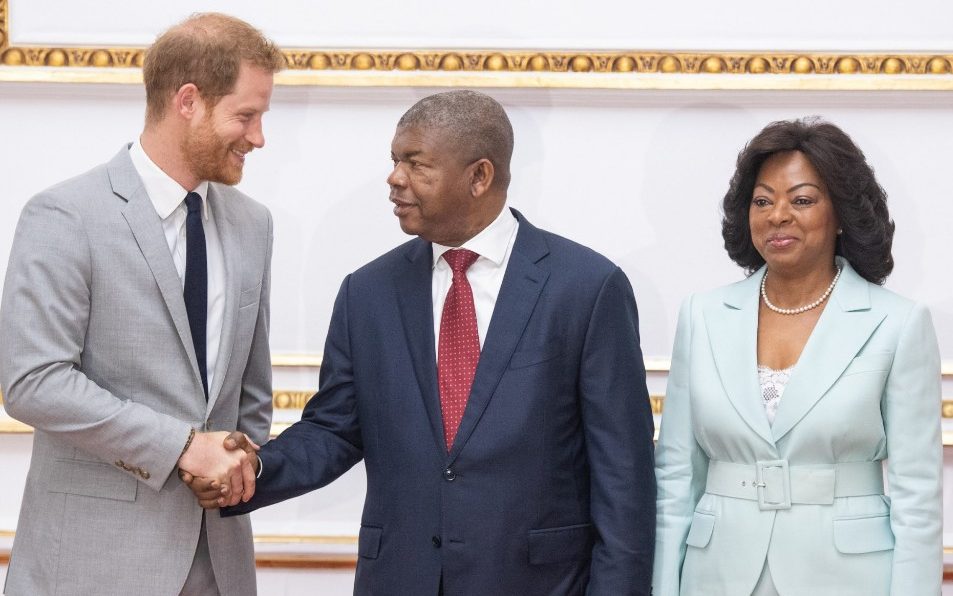 T he Duke of Sussex was prevented from attending a project to address HIV in infants when the Angola president switched the event to the presidential palace.

Angola's First Lady Anna Diaz Lurenko briefed the Duke of Born Free on the glitter initiative she headed when he visited the Presidential Palace in the capital, Luanda.

He had to meet with a group of expectant mothers enrolled in an HIV and AIDS training program, as well as a group of HIV teenagers, He also had to visit a newborn ward related to the Born to Freedom project.

But the place was moved to the Presidential Palace, because, of course, the first lady was eager to receive the Duke, not to accompany him.

Speaking through a translator, she told him, "In Angola, we are committed to eliminating HIV transmission, statistics in our country are very concerned.

" The program is aimed at making all children free to shine. "

Despite the country's low infection rate, other factors such as high fertility and young population, combined with lack of awareness, increase the rate of infection and mother-to-baby transmission rate highest in Sub-Saharan Africa.