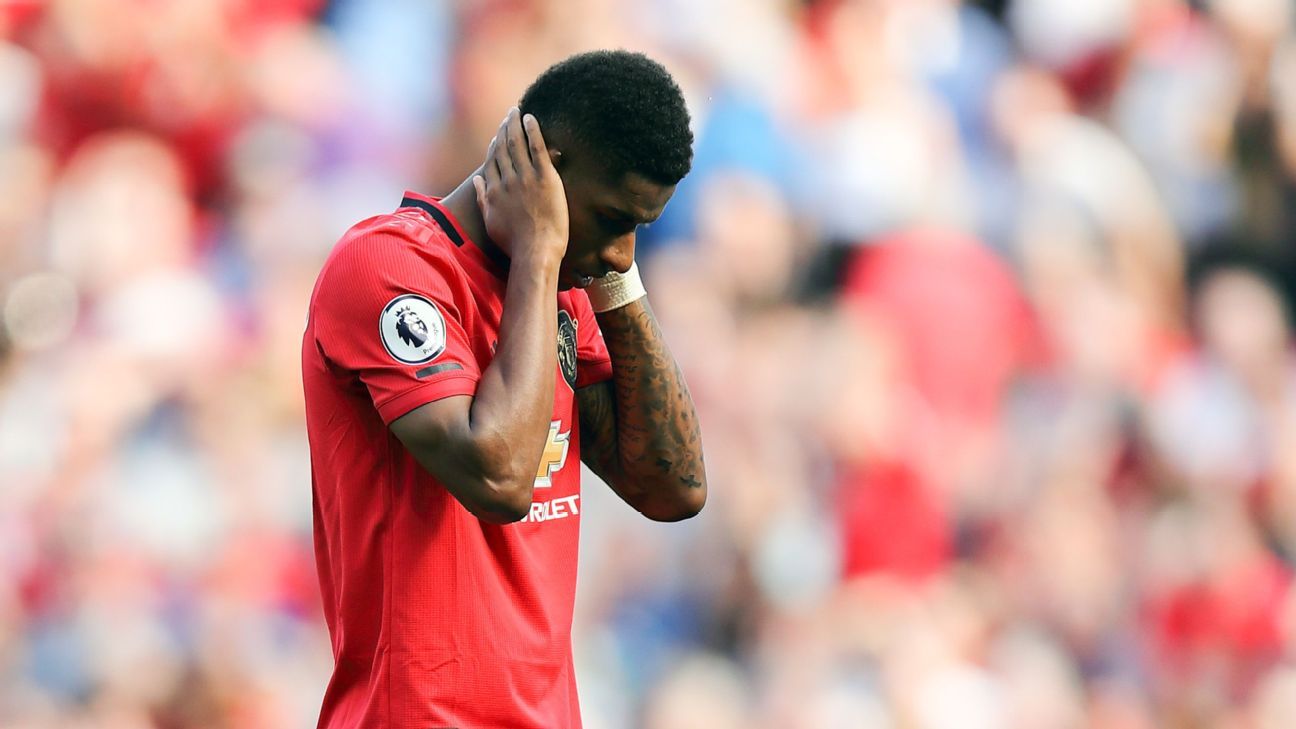 "This is the same thing we talked about before the weekend; it has to stop," Solskjaer told a news conference. "I'm just lost in words. They keep hiding behind fake IDs and it's crazy that we're talking about this in 2019."

Rushford missed from the post in the second half after Jordan Iev scored in 32 minutes, marking the first Palace goal in Old Trafford's league in 15 years.

Daniel James eventually equalized for two minutes, only for Patrick van Aanholt to score the winner in the third minute of the injury after defeating David De Gea in his near post.

"I don't think we have had enough urgency and penetration," Solskjaer said. "[The first goal] was one long shot, so easy a goal and the last goal, David did not touch the ball [all game] and they score again. Sometimes it will be so – teams will come here and defend themselves against us."

The Norwegian also thought his team had to get punishment when Martial appears to have been fouled by Martin Kelly area – a decision which was not annulled by the VAR.

"I don't think we were happy with Martial's clear and obvious penalty," Solskjaer said. "It's nailed to him, and when the reflex sees the game, he'll realize he didn't have the best of himself. It's nailed by a penalty shooter, he won't slip unless he has a central back on his shoulders." [19659004] United lost Luke Shaw in injury in the first half, but Solskjaer hopes it is not serious before traveling to Southampton, the former Shaw club next Saturday.

"We'll do the scan tomorrow, but he felt something in his shin," Solskjaer said. "Hopefully it won't be too bad. I hope he returns to Southampton. "