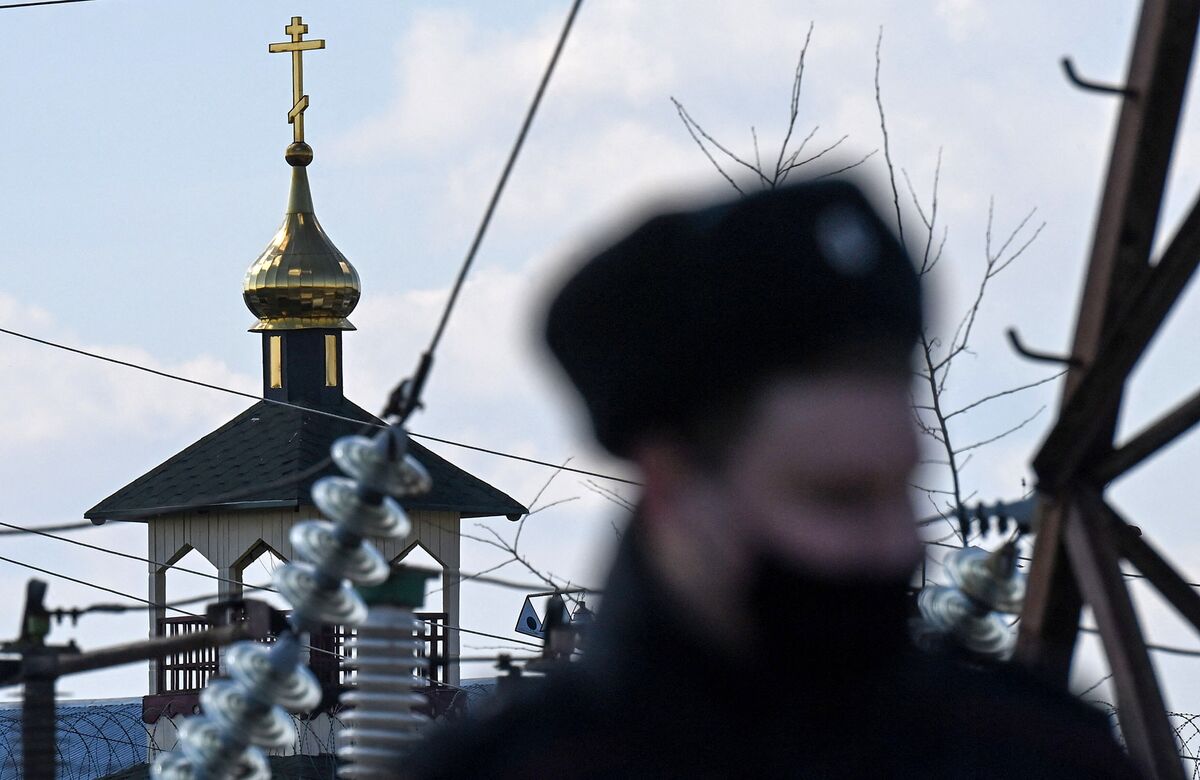 Navalny is in “satisfactory condition,” the local branch of the Federal Penitentiary Service said on a website Monday. He agreed to “vitamin therapy” and was examined by a doctor every day, it said.

The transfer means Navalny’s condition has “deteriorated so much that even the torture chamber admit itso, “wrote on Twitter Ivan Zhdanov, head of the Foundation for Combating Corruption of the activist.

The condition of the 44-year-old has become the last point of growing tension between Russia and the West. The United States and Europe are pressuring President Vladimir Putin to provide adequate medical care for Navalny, who went on a hunger strike in prison on March 31 to seek access to his GPs for severe back and leg pain. Opposition leader’s supporters on Sunday called for protests across Russia on April 21, the day Putin will address his annual address to the state, after warning that the Kremlin’s most outspoken critic could only be days of death.

Amid fears of new potential sanctions, the ruble is trading 0.4% lower against the dollar at 12:13 a.m. In Moscow, the worst performance in emerging markets after the Indian rupee.

“We’re looking at all the costs we’d impose, and I’m not going to telegraph them publicly at this point,” U.S. National Security Adviser Jake Sullivan told CNN’s State of the Union on Sunday. “But we have announced that there will be consequences if Mr Navalny dies.”

“Obviously, Russia’s development as a strong, sovereign state is not of interest to the West,” Vyacheslav Volodin, chairman of the lower house of parliament and a close ally of President Vladimir Putin, told Telegram on Monday. Russia needs to prepare for measures aimed at its vital energy sector and industry, he said.

The penitentiary service said a commission of doctors had decided to transfer Navalny to a hospital in the heavily guarded IK-3 prison in Vladimir, about 190km from Moscow, “which specializes in the dynamic monitoring of such patients. “It does not specify whether the relocation has already taken place.

Navalny has been detained since March 11 in another camp in the region for violating parole rules while recovering in Germany from near-fatal poisoning in Siberia, which he and Western governments blame on the Kremlin. Russian authorities deny any involvement.

I am deeply concerned about Alexei Navalny’s health. He must be given immediate access to appropriate medical treatment.

The EU continues to call for his immediate and unconditional release. https://t.co/e9yy1760sZ

Anastasia Vasilieva, who heads the union of the Alliance of Doctors, backed by Navalny, published a copy of her blood test results, which she said showed critical potassium levels. “This means kidney failure, which can lead to a serious heart rhythm disorder at any time,” including the possibility of heart failure, she told Twitter. She wrote on Monday that the hospital at IK-3 Prison, where he was transferred, was not qualified to treat him.

In a post on their Instagram account on Friday, Navalny’s allies said a prison official had warned him that a blood test showed a “serious deterioration” in his health and that he would be force-fed if he did not end the protest.

President Joe Biden on Thursday ordered a number of new sanctions against Russia, including restrictions on buying new government debt, in response to allegations that Moscow was behind the hacking of SolarWinds Corp. and interfered in last year’s US election.

Still, the moves were calibrated to punish the Kremlin for past behavior, while keeping relations from deteriorating further, especially as tensions escalate over Russian military build-up near Ukraine. Biden offered to meet with Putin later this year, an invitation to which Russia said it had responded “positively.”

Putin, the poison and the significance of Alexey Bulk: QuickTake

Macron called for “clear red lines “in relations with Russia in an interview with CBS Face the Nation, broadcast on Sunday. “This is a failure of our collective reliability towards Russia,” he said.