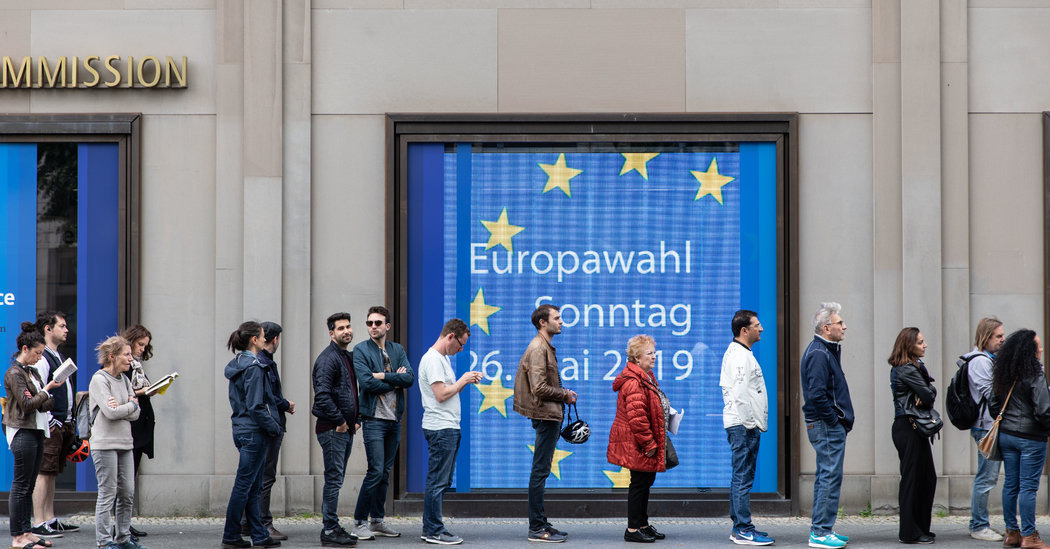 The European Commission's preliminary review and the bloc's foreign policy and security found that Russia-related groups and other non-state actors have worked to undermine credibility in the European Union through Facebook, Twitter and YouTube. Officials said that new regulations might be needed to force Internet platforms to do more to stop the spread of deliberately false information. The report says

The report is the first formal justification by the European Commission of the role that the Russians and other groups play in disinformation during the May election, which many researchers, academics and security groups have warned about. This is a reminder of how many active Russians and others continue to spread on the Internet to spark and incite an electorate around the world – a strategy that the Kremlin has introduced to the US presidential election in 2016

Twitter and others swore to curb foreign intervention, and to work on new technologies and other methods to stop external interventions during the elections. The report on Friday, however, highlighted how much work platforms are still needed to stay one step ahead of disinformation networks. The report also has implications for US officials before the presidential election in 2020, with an increase in the number of smaller, more difficult-to-set national groups that adopt Russia-like strategies to influence voters.

"Ginnies are out of the bottle," said Ben Nimmo, a senior research fellow at the Atlantic Counseling Center for Digital Judicial Studies, who has been following disinformation efforts in Europe. "What we have seen over the past few years is an increasing number of actors, both state and non-state, who use online such methods of interfering in democratic processes."

European officials have not made a direct link in the report between disinformation campaigns with the Kremlin or provide details of which groups in Russia or elsewhere are behind the effort. The report also failed to assess whether tactics had an impact on the way people vote, with voter turnout reaching record levels. The report largely cites the findings of external researchers who followed the European elections

However, European officials said the report was significant as it highlighted the "new norm" of disinformation campaigns. "There was no new case with Facebook-Cambridge Analytica to know about," said Vera Zhurova, European Commissioner at a press conference in Brussels . Yet "European elections were not free of disinformation." She added that continued interference in the internet is "something we can not accept". Facebook said it has taken steps to protect the integrity of European elections, including in partnership with local fact-checking organizations, adopting new rules to show who buys political ads on their platform, and dedicates teams of monitoring officers of interference by the elections.

"The fight against fake news will never end" statement in response to the report. "That's why we make significant investments to remove bogus accounts and clickbait and to promote high-quality journalism and news literacy."

On the eve of the vote, the researchers highlighted the efforts of Russia-related groups and those who support extreme right-wing policies. to use Facebook and Twitter to distribute false information and exaggerate political divisions. In particular, they identified hundreds of Facebook and Twitter accounts that spread misinformation, more than a thousand examples of WhatsApp messages sharing suspicious materials, and a mix of suspicious websites that spread different levels of misleading information – often taking advantage of local political subdivisions. According to Friday's report, in the first three months of 2019, Facebook blocked more than 1,700 pages, groups and accounts committed to inappropriate behavior targeting the countries of the European Union. Among those targeted were the voters in the UK, France, Germany, Italy, Poland and Spain. Ms. Zhurova said that Russia's intervention was opened in 1 000 cases since January

US intelligence officials warned that the 2020 campaign will also target foreign groups. In January, in the World Threat Assessment written by government intelligence agencies, Russia will continue to use social media to boost social and racial tensions in its efforts to influence politics and elections.

instead of relying on companies to comply with a voluntary code of conduct. The Commission said its comprehensive review, which is scheduled to end by the end of the year, could lead to new laws.

"More platforms need to be made from platforms to deal effectively with disinformation," the report said.

Last month's vote was seen as a referendum on the direction of Europe. On the one hand, there were nationalistic and populist groups skeptical of the influence of the European Union on national affairs; on the other hand, are those seeking more integration and cooperation. The results are mixed, with far-right groups performing well in some countries, and liberal parties do better in others

Elections show a change in the disinformation strategy. The report says efforts are smaller and more localized than Russia's widespread efforts during the US campaign in 2016. Ultimate right-wing groups and other non-state actors have also adopted techniques, the report said. Nimmo said governments will continue to make it harder to stop groups engaged in the use of online platforms for spreading misinformation and sowing disagreements. He said that in addition to focusing on big companies such as Facebook and Twitter, authorities should explore smaller sites like Gab and Parler.

"The Commission says that such behavior should not turn into the new normal," he said. "That's right, but hopelessly optimistic."

A new challenge for governments and social media platforms is that groups do not share direct misinformation, making content more difficult to detect and remove. Instead, social media publications tend to adopt highly politicized views of day-to-day news such as immigration.

The report mentions stories that last month's government collapse in Austria, which was a real event as a result of the "European Deep State". Other reports indicate that the recent fire of the Notre-Dame cathedral in Paris happened because of the decline of Western and Christian values.