Ryan Adams denies report he had an internet relationship with minor 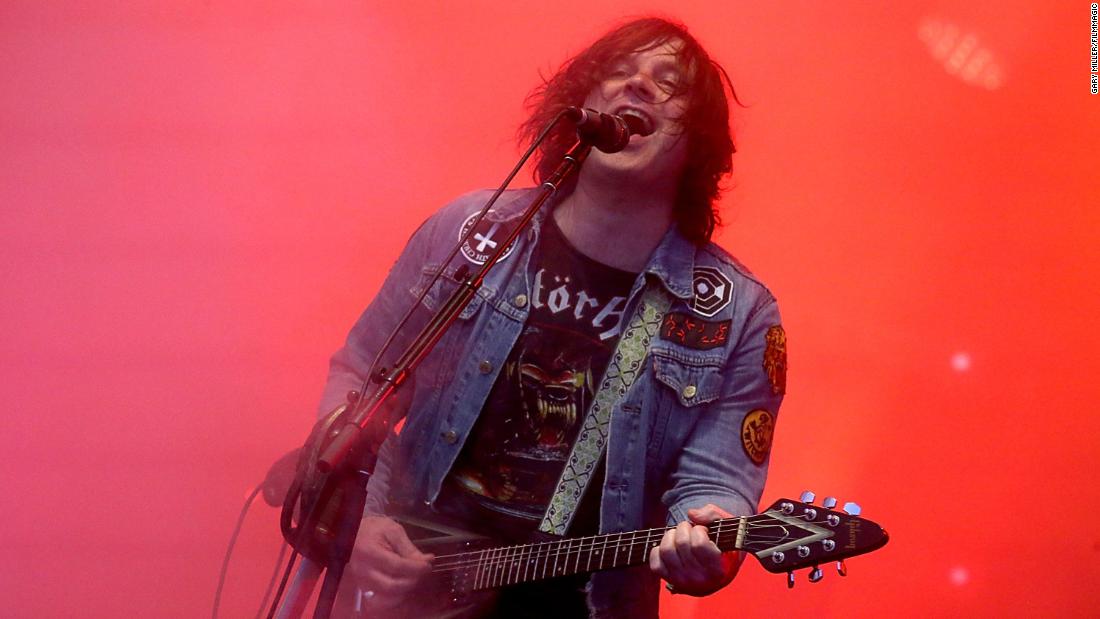 Adams, 44, also said in a statement posted on Twitter that "the picture that this article paint is upsettingly inaccurate."

"Some of his details are misrepresented, some are exaggerated, some are outright false," Adams wrote on Twitter. "I would never have inappropriate interactions with someone I thought was underage."

A woman, now 20, was identified by the Times by her middle name, Ava, because she was a minor at the time of her relationship with Adams.

She said she was 14 when Adams first made contact with her in 2013. And a bass player, they started a conversation about music that evolved into graphic text exchanges and Skype video calls.

During a nine month period when she was 1

5 and 16, the two reportedly exchanged more than 3,000 text messages, reviewed by the Times, some of which were sexually explicit. They never met in person.

Adams often expressed concern about the girl's age, according to the report.

CNN has not independently verified the allegations

It is unclear based on the information available about Adams's alleged communication with the woman if any federal or state laws regarding explicit digital communications between a minor and an adult were broken at the time.

Adams's attorney, Andrew B. Brettler, told CNN the singer had no comment other than what he posted on social media.

The Times report also described situations in which Adams, known for songs like "New York, New York" and "Gimme Something Good," made contact with women under the guise of helping them pursue a professional interest in music, only to later make sexual advances. Musicians Phoebe Bridgers and Courtney Jaye shared their experiences with the Times.

Their representatives did not immediately return CNN's request for comment.

"I am not a perfect man and I have made many mistakes."

"His controlling behavior has essentially blocked my ability to make new connections in the industry during a very pivotal and potentially lucrative time – my entire mid-to -late 20s, "she told the Times.

Adams disputed Moore's account to the Times through his lawyer, calling her depiction "completely inconsistent with his view of the relationship."

Moore currently stars in one of the television's highest rated dramas, "This Is Us."

A representative for Moore did not immediately return CNN's request to confirm her statements, but she addressed the article in an Instagram post late Wednesday.

"Speaking your truth can be painful and triggering but it's always worth it," she wrote.

"As someone who has always tried to spread the joy through my music and my life, hearing that some of the women who have suffered any sort of trauma or abuse. people believe I caused them pain saddens me greatly, "Adams added in his tweet. "I am resolved to work to be the best man I can be, and I wish everyone compassion, understanding and healing."