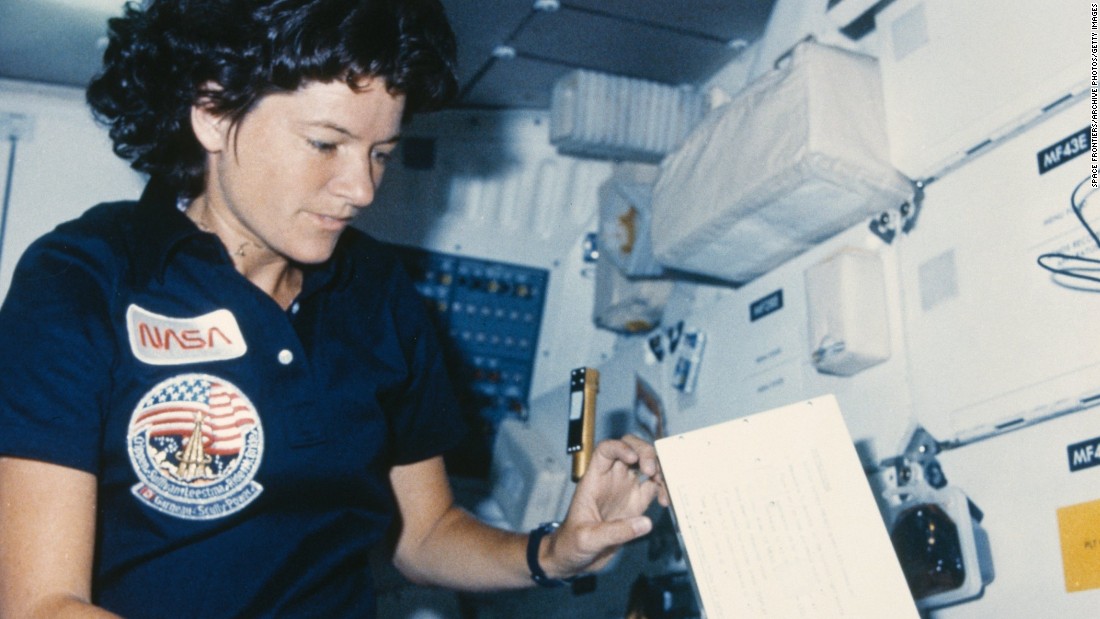 At just 32 years old, Ride was the first American woman and the youngest American to leave the atmosphere when she boarded the Space Shuttle Challenger on June 18, 1983.

During the six-day mission, she worked as a mission specialist using the shuttle's robotic arm to deploy communications satellites.

Her career as an astronaut started as she was completing her Ph.D. in astrophysics at Stanford University.

In 1977, NASA displayed an ad in her school's student newspaper inviting women to apply for the space program, prompting Ride to send a 40-word letter asking for an application. She ended up beating more than 1,000 other applicants, and was one of six women selected to the astronaut program.

But Ride was not done making history. Just one year after her historic Challenger mission, Ride traveled to space for a second time. That made her the first American woman to travel to space twice.

She was actually scheduled for a third spaceflight, but the 1986 Challenger accident ended those plans. Ride then served on the Rogers Commission as head of the subcommittee on operations to investigate the explosion.

Later on, she worked on the investigation into the accident involving the Columbia Space Shuttle, making her the only person to work on committees for both accidents.

After leaving NASA, Ride became director of the California Space Institute, as well as a professor of physics at the University of California, San Diego.

Ride was passionate about improving education in science, technology, engineering and mathematics, especially for girls. In 2001, she founded SallyRide Science, a nonprofit that promotes science education programs and works to help students pursue interests in STEM fields

She was inducted into the Astronaut Hall of Fame in 2003.

Sally Ride died in 2012 after a 17-month battle with pancreatic cancer, and in 2013, was posthumously awarded the Presidential Medal of Freedom by Barack Obama.

President Obama praised the astronaut's achievements, saying "she inspired generations of young girls to reach for the stars and later fought tirelessly to help them get there by advocating for a greater focus on science and math in our schools."

He added, "Sally's life has shown us that there are no limits to what we can achieve, and I have no doubt that her legacy will endure for years to come."