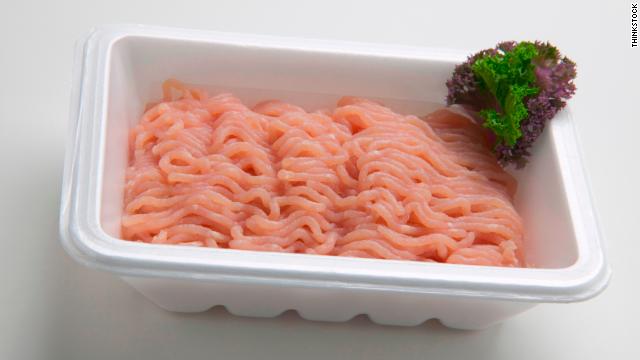 There have been 279 reported cases of salmonella associated with raw turkey in 41 states and the District of Columbia as of December 21. Of those, 107 people were hospitalized, and one death was reported in California.

Ill people have reported using many types and brands of raw turkey products, and CDC has been unable to find an origin for the outbreak, so it is advancing with recalls and advising consumers to take precaution when buying and eating raw turkey.

The agency offers a list of recalled turkey products tied to this outbreak.

Non-typhoidal salmonella is transmitted by consuming contaminated food and is a common culprit of diarrhea throughout the United States and around the world. Another factor is the handling of pet reptiles, like turtles.

Anytime raw meat is cooked thoroughly to an internal temperature of at least 165 degrees Fahrenheit to kill organisms that may be present. Anyone preparing raw meat should wash their hands thoroughly before and after

The US Department of Agriculture's Food Safety and Inspection Service does not recommend washing turkey before preparation because of the risk of introducing bacteria into raw meat juices to the surroundings.

The CDC also wants consumers to think about their pets throughout this outbreak and refrain from feeding these companions any raw meet because of a similar possibility of illness.

Symptoms of salmonella include: nausea, vomiting, abdominal pain and diarrhea. Stomach cramping can begin as soon as 12 to 72 hours after exposure. Most people are ill for four to seven days and recover without treatment.

Diarrhea can become severe if there is an imbalance of body's electrolytes and dehydration. The infection can also travel from the intestines to the bloodstream and cause a more widespread infection throughout the body.

People who may have a special concern regarding salmonella include children younger than 5, adults older than 65 and those with compromised immune systems