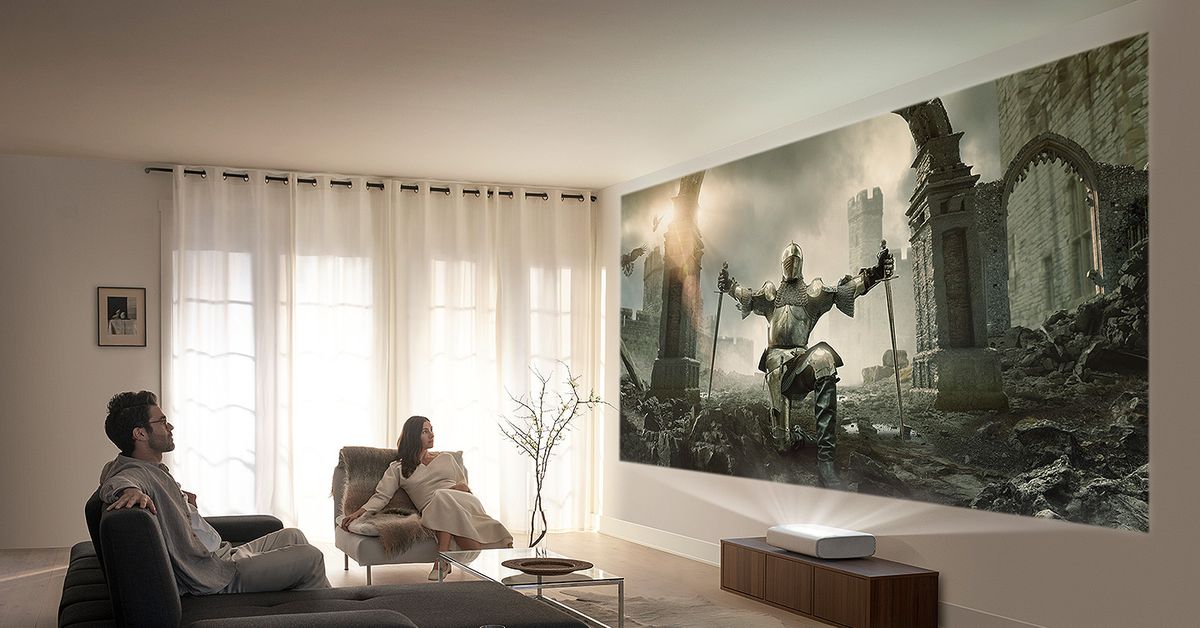 Premiere, a Samsung 4K laser projector designed as an alternative to its high-end QLED TVs, is now available for order. There are two models: the $ 3499 LSP7T, which gives you up to a 120-inch projection, and the $ 6,499 LSP9T, which reaches up to a 130-inch. Samsung describes both projectors with ultra-short throws, which means you get huge projection sizes, even when the device is placed directly in front of a wall or screen.

Maximum projection sizes are not the only thing that separates the two projectors. The LSP9T is brighter at 2800 ANSI lumens, compared to 2200 ANSI lumens for the cheaper model. This obviously means that it provides a brighter image, but it also means that its image should be clearer when there is more ambient light in the room. The more expensive LSP9T also has a 40-watt, 4.2-channel audio system compared to the 30-watt, 2.2-channel setup for the LSP7T.

Otherwise, the two projectors share many specifications. Both are powered by the same Tizen operating system as Samsung TVs and both can be controlled via Alexa and Bixby voice assistants. Both are laser projectors, which should mean that their light sources will last longer than the bulbs used in traditional projectors. Samsung also advertised Premiere as the first projector to support HDR10 +, although the format is not as widely accepted as other HDR standards such as Dolby Vision.

Both projectors can be ordered on Samsung’s website today. The site notes that shipping is expected by October 16. If you’re looking for something a little more affordable, check out our recent guide to the best projectors, where our best deals start at the slightly more affordable $ 899.