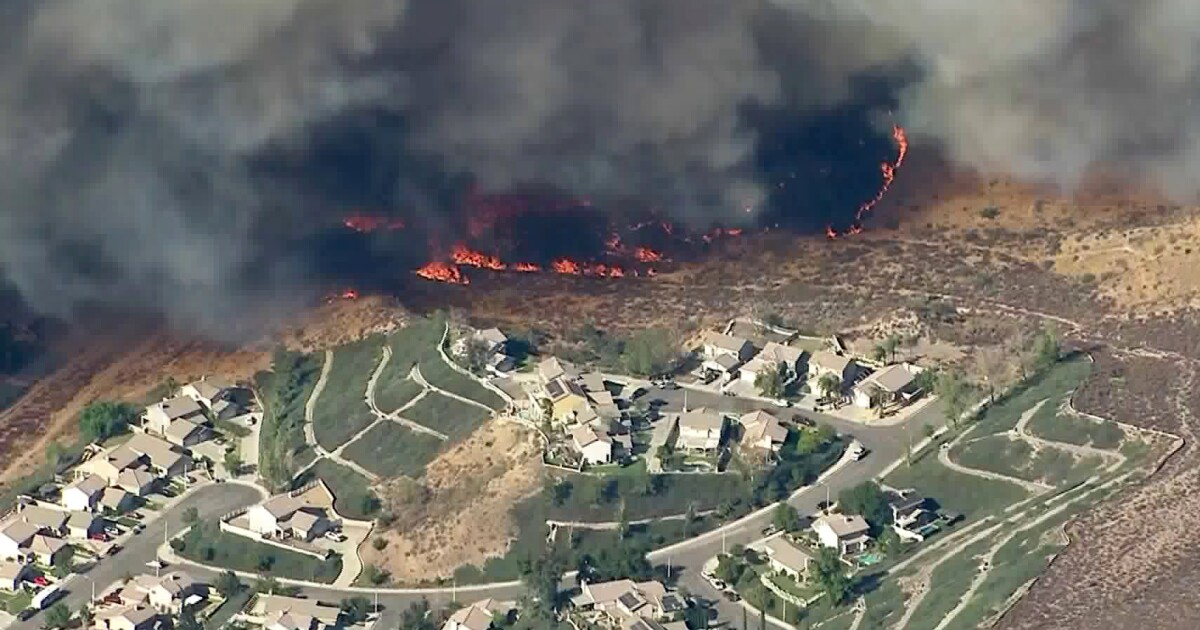 A brush fire that broke out Thursday afternoon in Santa Clarita area has multiple structures burned and neighborhoods threatened.

Firefighters were desperately trying to stall the wind-driven fire as it moved rapidly toward subdivisions in Agua Dulce. Authorities have requested more air support as the fire moved down from the hills.

Multiple lines of fire were making runs at neighborhoods, racing through open space and backyards of homes. Some residents could be seen using garden hoses to try to prevent the fire from getting into their homes. But in some cases, the flames were too big and the homes went ablaze.

The fire was moving downhill, parallel to the 1

About 228 fire personnel are battling the blaze.

Weather conditions near the fire were helping to foster its growth with a combination of warm temperatures, humidity hovering around 6% and wind gusts up to 29 mph, said Keily Delerme , a meteorologist with the National Weather Service in Oxnard.

The warmth, in particular, was causing the blaze to send up a large plume of smoke, she said.

“That's why the plume looks impressive, because it's very warm near the fire, "she said.

Forecasters expected winds to pick up in the evening and overnight, with gusts between 40 and 60 mph in the blaze.

"We're not going to see that much humidity recovery overnight, which is what normally happens," Delerme said.

The National Weather Service had issued a red-flag warning for the area that was in effect through Friday evening.

Some Geyserville Residents Evacuated in the Darkness after Pacific Gas & Electric Co. shut off off areas in Sonoma County and Kincade fire crossed Highway 128, moving west toward homes in 929 people.