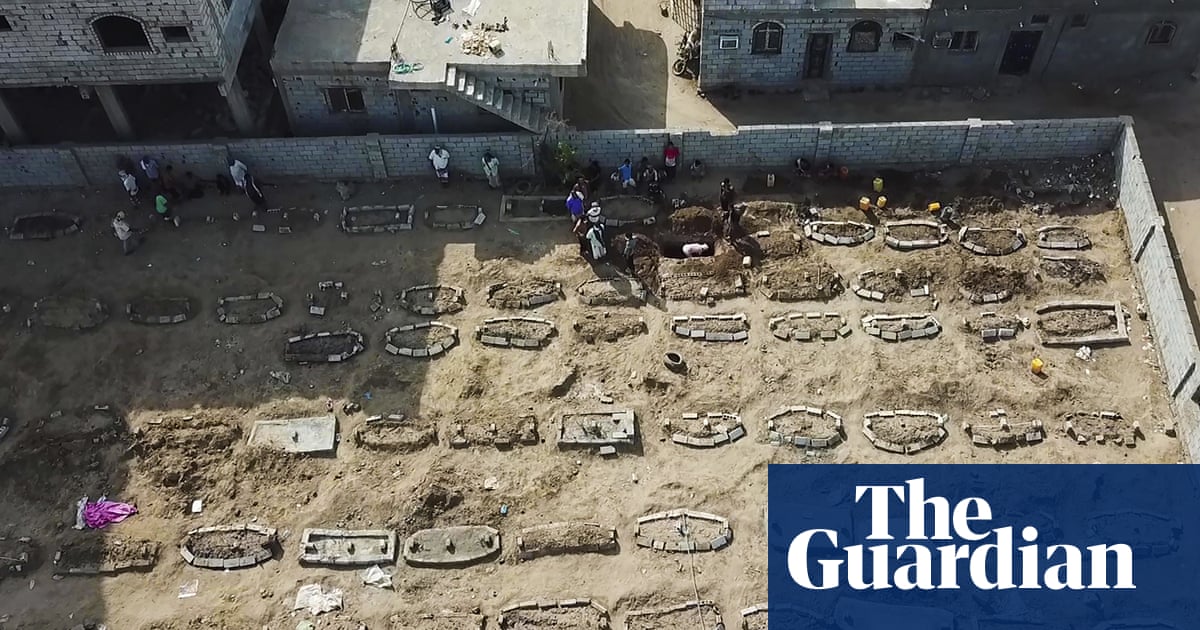 An innovative study using high-resolution satellite imagery to analyze cemeteries found that deaths nearly doubled in Aden, the center of the coronavirus outbreak in Yemen.

The discovery gave an idea of ​​the true scale of the chaos the pandemic inflicted on the vulnerable country.

The study, which has not yet been reviewed but was published on Wednesday, was conducted by the London School of Hygiene and Tropical Medicine and Satellite Applications Catapult.

The researchers used satellite imagery, official data sources and interviews with researchers in the city of Aden to quantify the burial activity of all identifiable cemeteries in the province of Aden.

Between April and September 2020, there were about 2,1

00 deaths in the area, against an expected baseline of about 1,300 deaths, the study found.

The findings represent the first significant quantitative data on the outbreak of Covid-19 in Yemen and should help plan the response to a pandemic and other vital humanitarian interventions. A similar project by the same team is under way in Somalia.

Lead author Emily Kum Besson of the London School of Hygiene and Tropical Medicine said: “In a context like Yemen, statistics are unreliable or just predictions, and even participants on the ground have difficulty collecting accurate data.

“You can say x or y about the pandemic, but if there is no data on it, you can’t really know the impact. The use of satellite imagery to create public health data is a completely new science and we hope that it will be useful in conflict-affected areas. “

Yemen, which the United Nations says has experienced the worst humanitarian crisis in the world since a conflict between Iran-backed Houthi rebels and a Saudi-led coalition fighting to restore Yemen’s government erupted five years ago, is particularly vulnerable to a pandemic. from coronavirus

The official total number of coronavirus cases is only 2,060, and the death toll is currently 599, but testing options are almost non-existent. A study published in July also found that at least 97 Yemeni health workers had already died from the disease, with the number suggesting that the true number of cases and deaths was much higher than recorded.

As the peak of the pandemic seems to have passed in the city of Aden, health and aid workers are worried that the disease is exacerbating or obscuring other pressing problems for Yemen’s vulnerable population.

On Tuesday, UN officials warned that acute child malnutrition had reached its highest level ever recorded in parts of the country for which data were available, with nearly 100,000 children now at risk of dying.

The exchange of many prisoners last week raised hopes that substantive peace talks could resume, but the coronavirus pandemic, economic decline, floods, escalating armed conflict and significant underfunding of this year’s global call for help to Yemen have contributed to the worsening situation.