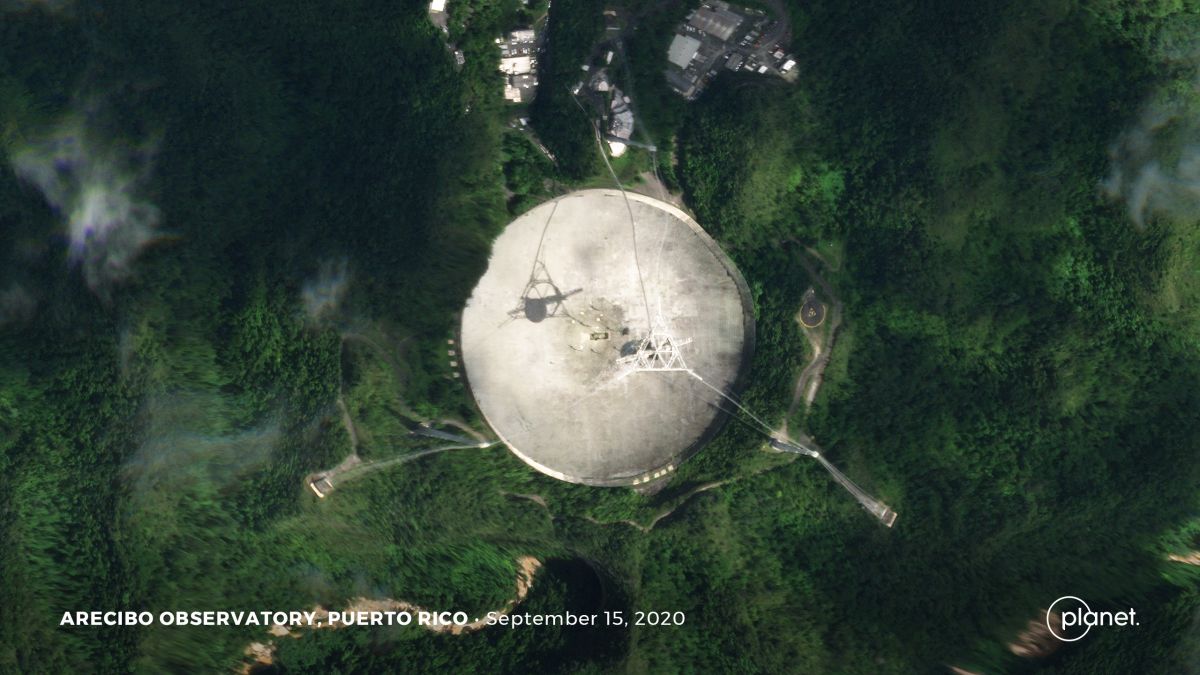 The satellites spotted holes in the damaged Arecibo Observatory, which will be decommissioned by the US National Science Foundation (NSF).

The 57-year-old radio telescope lasted two cable malfunctions which has made its massive dish too unstable for safe repair, according to NSF. The failure of the cables also damaged the massive plate, which stretches to a whopping 305 meters in diameter, drilling holes in the delicate metal panels.

These holes in the telescope’s large dish and vegetation, growing beneath the historic technology section, can be seen from space in a new high-resolution satellite image made by the constellation Dove, ruled by Planet, a California-based company. The image was created at the request of Nature, according to a statement.

Connected: The loss of the Arecibo Observatory would create a hole that cannot be filled

NSF to decommission telescope due to damage, the agency said at a press conference on November 19

“According to engineering estimates, even attempts to stabilize or test the cables could accelerate the catastrophic failure,” Ralph Gom, director of the NSF’s astronomy division, told a news conference. “Engineers cannot tell us the safety limits of the structure, but they have advised NSF that the structure will collapse on its own in the near future.

In the satellite images you can see small green spots dotted with the gray plate. This greenery is plant life, local to Puerto Rico, where the observatory sits, grows under the dish and is seen through the seals left by the two cable crashes that occurred in August and November.

When the first cable slipped, it struck panels around the edge of the telescope’s vessel; when the second cable broke, it tore large tears inside the vessel, according to Nature.