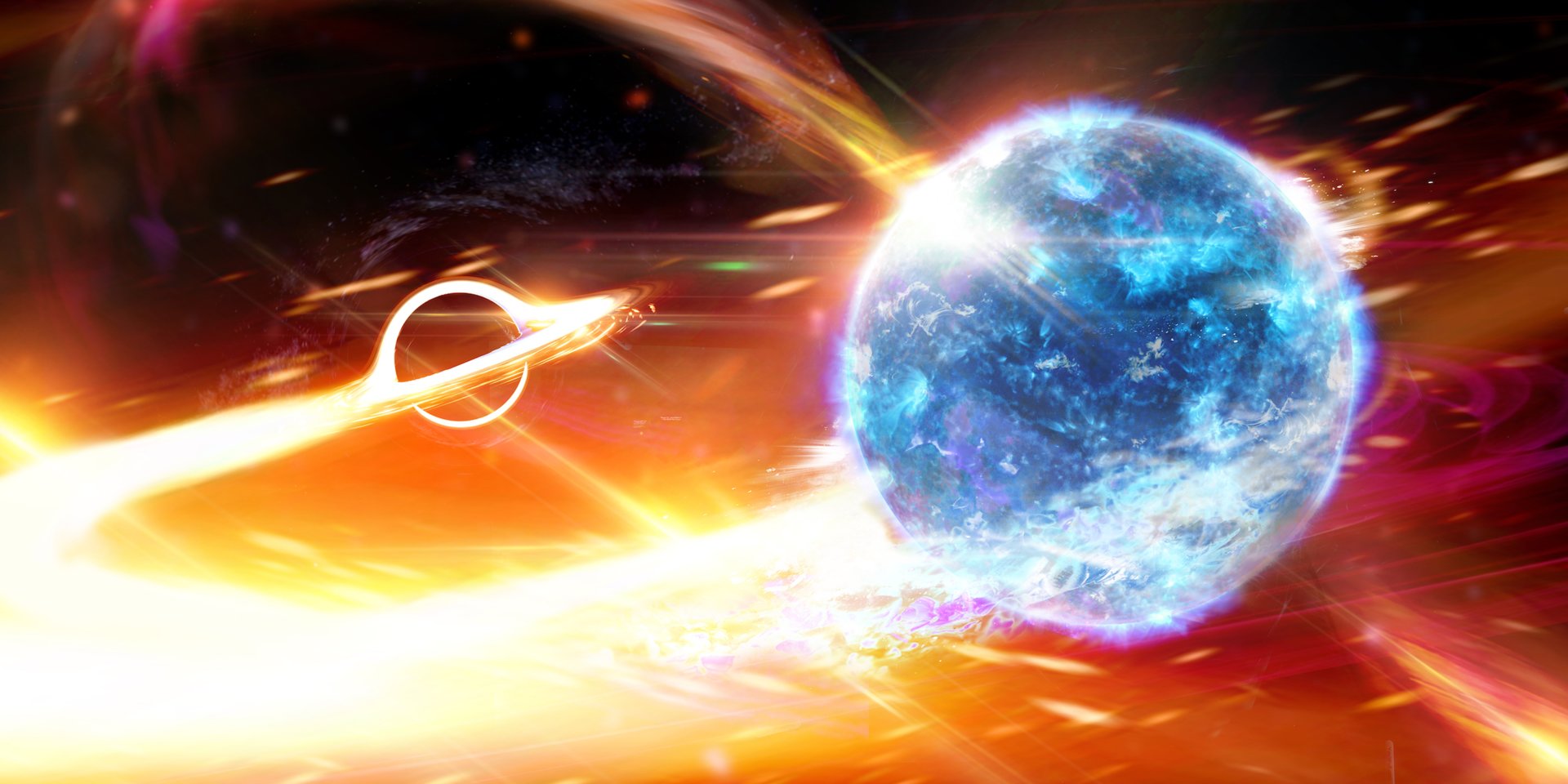 Nearly a billion years ago, it looks like a black hole has eaten a dead star – "like Pak-Man," according to Susan Scott, an Australian National University physicist.

Scott's team believes that cosmic waves from this event, also known as gravitational waves, have just reached Earth. Such disturbances were first theorized by Albert Einstein, who predicted in 1915 that the acceleration of massive objects, such as neutron stars or black holes, would create "waves" in the fabric of space and time. However, the first observations of gravitational waves only took place in 2015, 100 years later.

4, gravity wave detectors in the United States and Italy took on new gravity waves passing through the Earth.

More studies are still needed to confirm the results, but researchers say there is a good chance that signals will come from the collision of a black hole and a neutron star – the super dense remnant of a star. This would be the third event that scientists have detected using gravity waves. In 2015, researchers discovered waves of collisions between two black holes, and in 2017, they observed a fusion of two neutron stars.

A collision between a black hole and a neutron star will end the trinity of catastrophes on the wishlist, Scott said.

Einstein didn't think gravitational waves would ever be detected – they seemed too weak to pick up against all the noise and vibrations on Earth. For 100 years he has proven himself right.

But in the end, scientists were able to sense these ripples with the help of the LIGO in Washington and its sister machine, called Virgo, in Italy.

In 2015, LIGO detected the first gravitational waves that occurred when two black holes collided at 1.3 billion light-years. This finding confirmed Einstein's theory of general relativity. Then in 2017, LIGO and Virgo together identified the waves of two neutron stars that merge.

To confirm that this is indeed the third discovery of gravity wave, telescopes around the world search the sky for x-rays or UV light, as reported by National Geographic. If the neutron star survives the collision long enough before the black hole destroys it, the dead star could emit light that would allow scientists to check the find.

However, black holes have such strong gravitational pulls that even light cannot escape.

However, scientists studying gravity waves need to be prepared for disappointment, as LIGO and Virgo can sound false alarms (cases where detectors only make noise from Earth).

A potential collision of a neutron-black hole discovered in April, for example, is likely to be a false alarm. The signal with this volume has a chance of one in seven to be noise from Earth. Statistically, LIGO and Virgo can receive such a false signal every 20 months.

But LIGO and Virgo are much less likely to detect a false signal as strong as the one they found this month. Researchers have calculated that such a mistake should only happen once for a period longer than the age of the universe, National Geographic reported.

"This is something that I am much more excited about," says Christopher Berry, a Northwestern University physicist and LIGO researcher at National Geographic. "It's much more likely to appear real, so that means it's worth the investment of time and effort."

Scientists also analyze the data to confirm the exact size of the colliding objects.

Scott said these results, if different than expected, could steer the team in another direction: "There is a slight but intriguing possibility that the object ingested was a very light black hole – much lighter than any other a black hole we know about in the universe, ”she said.

If it is found that the smaller object absorbed is a black hole, it would still be a revolutionary discovery, since this type of black hole is considered physically impossible. This would open up a whole new kingdom of small black holes to study.

"That would be a really great consolation prize," Scott said.