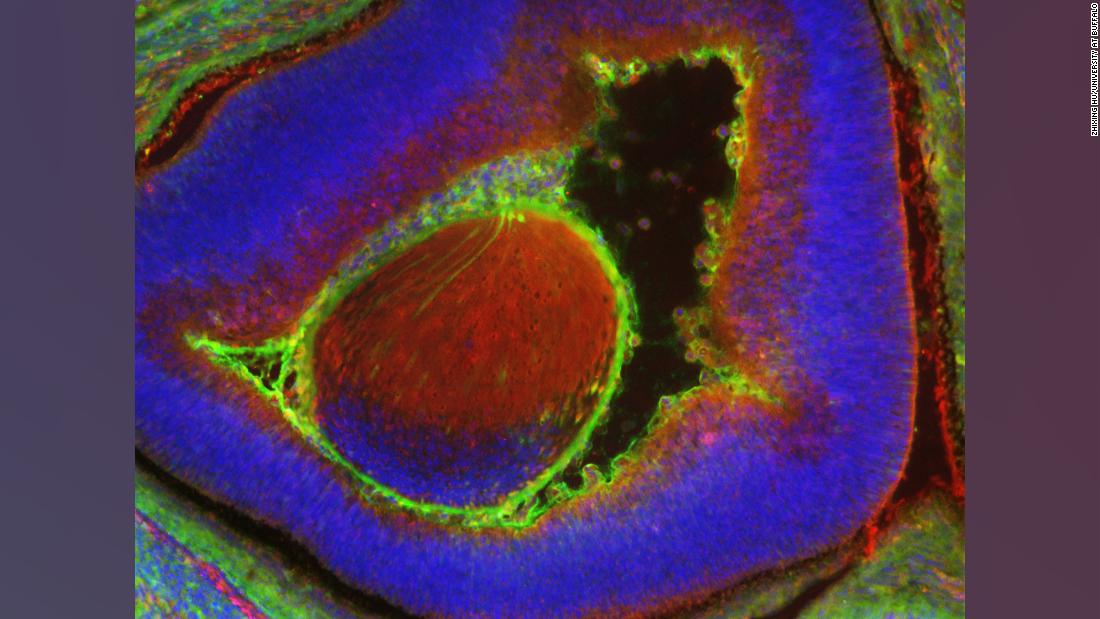 A hybrid is what scientists call a human-animal chimera, a single organism made up of two different sets of cells – in this case, a mouse embryo that has both mouse cells and human cells.

According to researchers, this human-mouse chimera has the largest number of human cells ever recorded in an animal. Their experiment suggests that many types of human cells can be generated in mouse embryos and at a much faster rate than in human embryos.

And that, scientists say, has huge potential for treating human diseases, probably even Covid-19.

The news was announced earlier by Popular Mechanics.

The results have the potential to cure diseases

These findings are important for a number of reasons, said Jian Feng, one of the study̵

7;s authors and a professor of physiology and biophysics at the University of Buffalo.

On the one hand, this indicates that it is possible to generate many types of mature human cells in mouse embryos that could potentially be used to make cells, tissues or organs to treat diseases.

In this study, a team of researchers injected 10 to 12 human stem cells into developing mouse embryos. Within 17 days, these stem cells developed into millions of mature cells, including human red blood cells and eye cells.

“These observations suggest that the mechanism that determines development time can be changed,” he wrote in an email to CNN. “With that meaning, there will be more dramatic discoveries along the way.”

In previous similar studies, researchers found only about 0.1% of human cells in mouse embryos.

That’s why it’s so striking that these human-mouse chimeras had 4% human cells. And because of the technique the team uses to count the cells, Feng said that even that number is an understatement.

The team accomplished this feat by transforming human pluripotent stem cells, which could potentially produce any cell or tissue the body needs to repair, to an earlier state.

The transformation of these cells makes them compatible with the inner group of cells into an early-stage mouse embryo that generates all the cells in the body. So when these earlier human cells were injected into mouse embryos, they grew much better than they would have otherwise.

In other words, there is enough evolutionary compatibility between mice and humans that mouse embryos are a relatively good environment for culturing human cells.

“Life is a DNA-based software system that uses energy to produce information,” Feng wrote. “This experiment is something like a Windows emulation on a Mac.”

Future consequences may include organ development

Human-animal chimeras have been the subject of ethical debate among scientists. Although they could be used to grow human organs for transplantation, some scientists say there are serious risks that need to be studied.
“Opportunities have many researchers who are having fun with excitement. But they also raise serious ethical dilemmas about the moral status of these partially human animals,” wrote neurologist and animal rights activist Lori Marino in 2017, approved by Stat News.

“Chimera tests must be human enough to serve as effective models for health research, but not so human as to qualify for protection from that research.”

Feng said their research is still in its infancy and more research is needed. But he added that the technology to make human stem cells more compatible with mouse embryos has a number of potential applications.

One, Feng said, is that it can generate better models of mice to study human diseases, including Covid-19. Mice can also be used to grow human immune cells or respiratory cells.

“Such chimeric mice would be very useful for studying Covid-19, which has a serious impact on humans, but hardly affects mice,” says Feng.

Future studies could also examine whether this technique can be applied to larger animals, such as pigs, to generate organs for transplantation, Feng said. Although he said such opportunities are far away, they promise.

“At the time of the first plane, all potential applications existed only in the minds of a few people,” Feng said. “If society decides it’s a terrible idea for people to fly, we would miss a lot of things that turn out to be wonderful for everyone. A society that sees the world as it is, not as it should be, is an efficient society. which can move forward. “