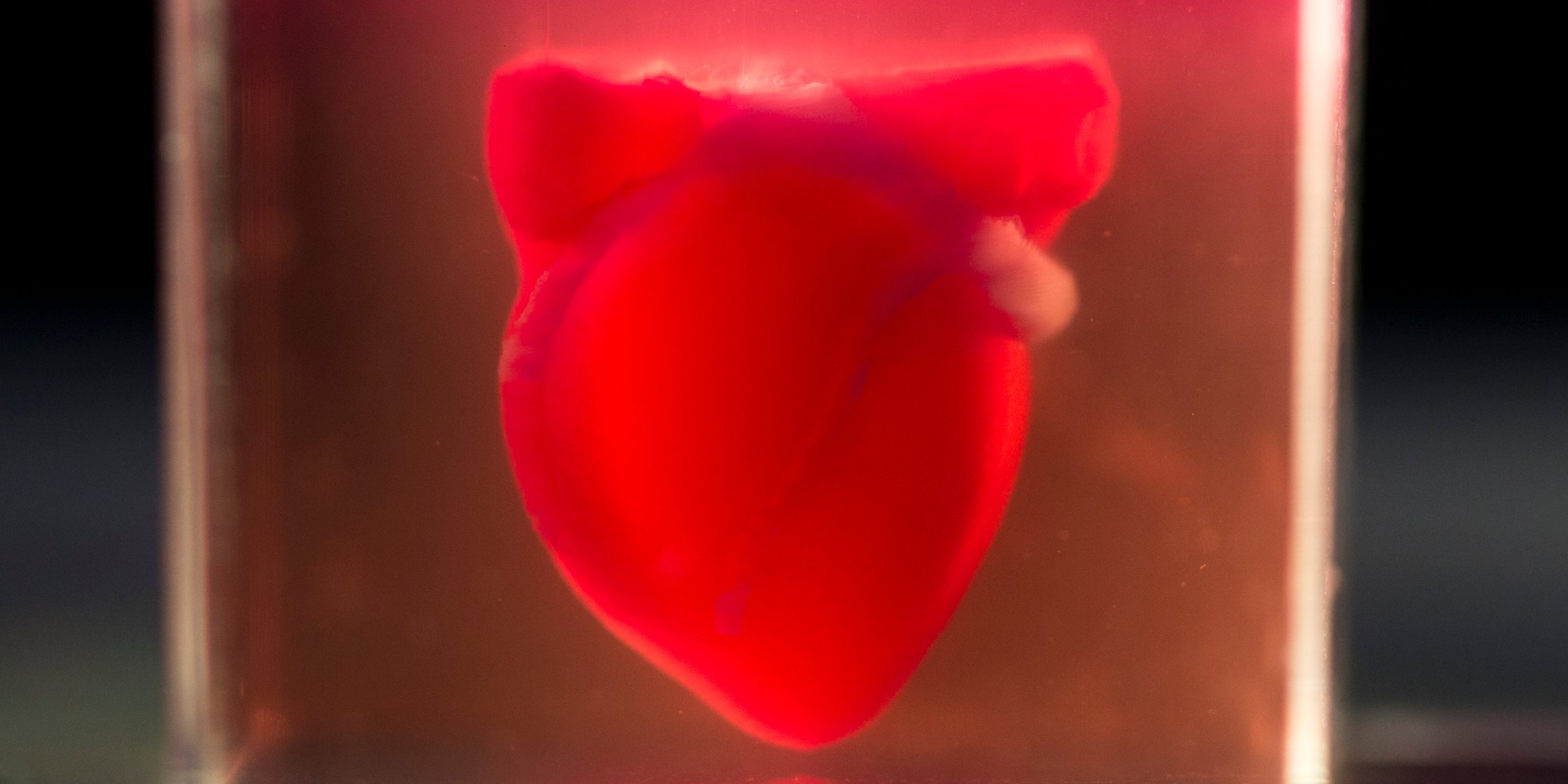 A team of Israeli researchers has "printed" the world's first 3-D vascularized, engineered heart. On Monday, a team of Tel Aviv University researchers revealed the heart, which was made using the patient's own cells and biological material. Until now, scientists have successfully printed only simple tissues without blood vessels.

"This is the first time anybody has ever successfully engineered and printed an entire heart filled with cells, blood vessels, ventricles and chambers," said Prof. Tal Dvir of TAU's School of Molecular Cell Biology and Biotechnology, Department of Materials Science and Engineering in the Center for Nanoscience and Nanotechnology, and Sagol Center for Regenerative Biotechnology, who was the lead researcher for the study. He worked with Prof. Assaf Shapira of TAU's Faculty of Life Sciences, and Nadav Moor, and a PhD student. 1

Heart disease is the leading cause of death among both men and women in the United States. In Israel, it is the second largest cause of death (after cancer). In 2013, heart disease accounts for about 16% of the total number of deaths in Israel, according to the Health Ministry. Heart transplantation is often the only treatment available to patients with end-stage heart failure. The waiting list for patients in the US can be as long as six months or more. In Israel and the US, many patients die while on the waiting list, hoping for a chance at survival. "In this process, these materials serve as bio-inks, substances made of sugars and proteins that can be used for 3-D printing of complex tissue models," Dvir explained.

"People have managed to 3D-print the structure of a heart in the past, but not with cells or blood vessels." Our results demonstrate the potential of our approach to engineering personalized tissue and organ replacement in the future, "he said. At this stage, the 3-D heart produced at TAU ​​is sized for a rabbit, but professors said that larger human hearts could be produced using the same technology. For the research, and biopsy of fatty tissue was taken from patients, according to a release. The cellular and a-cellular materials of the tissue were then separated. The cells were reprogrammed to become pluripotent stem cells that could then be efficiently differentiated into cardiac or endothelial cells. The extracellular matrix (ECM), and a three-dimensional network of extracellular macromolecules, such as collagen and glycoproteins, was processed into a personalized hydrogel that served as the "ink" printing. The differentiated cells were then mixed with the bio-inks and were used to 3D-print patient-specific, immune-compatible cardiac patches with blood vessels and, subsequently, an entire heart. According to Dvir, the use of "native" patient-specific materials is crucial to successfully engineering tissue and organs. The next step, they said, is to teach the hearts to behave like human hearts. First, they will transplant them into animals and eventually into humans. The hope is that within 10 years, there will be organ printers in the finest hospitals around the world, and these procedures will be conducted routinely, "said Dvir.